Warning: The following contains spoilers for For All Mankind Season 3, Episode 2. Proceed at your own risk!

The race to Mars got some new competition in the latest episode of For All Mankind, when Helios boss Dev Ayesa bought Karen’s company Polaris and entered the fray with the intention of righting her damaged ship for space travel. But Helios needed someone to command its mission to Mars, and it found its leader in a surprising name: Ed Baldwin.

Ed had his heart set on shepherding NASA’s first Mars mission, but Molly and Margo weren’t seeing eye-to-eye on the choice between Ed and Danielle. Molly wanted Ed because of his experience and ability to improvise in the moment, while Margo favored Danielle for her more scientific background. (Ed’s age is also creeping up there.) Molly argued that she had final say and took umbrage with Margo’s interference. So when Margo was away, Molly told Ed that she had selected him for the job. But Ed’s celebration was short-lived because when Margo learned what had happened, she reversed the decision. Instead, Danielle would lead the Mars flight, and future astronaut selections would be made by a committee. Then to top it off, Margo fired Molly!

Disillusioned and angry with NASA, a drunken Ed showed up at his ex-wife Karen’s house, bemoaning how he had nothing to show for his career at NASA. That gave Karen an idea: She pitched Dev on Ed as Helios’ commander. As the episode came to a close, Dev stood on a televised stage with Karen — who had also been offered a job at Helios — and announced that not only would Ed be leading their Mars mission, but that they would be launching off two years before NASA and the Soviet Union.

Viewers didn’t get to see Karen present the new gig to Ed before the big reveal, but his portrayer Joel Kinnaman imagines that the astronaut’s “response would’ve been, ‘Well, f–k yeah!’” 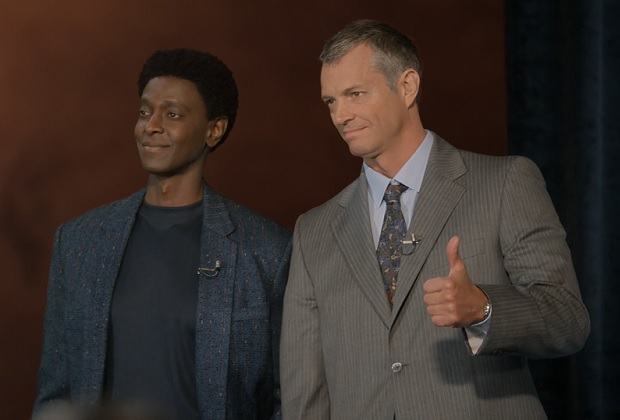 “I loved it,” Kinnaman says of the twist. “He felt betrayed. Him and Molly, they both felt like it was the end of the road, and the pencil pushers had taken over. Then this opportunity opened up, and it was both he gets to go on the adventure that he always dreamt up, and at the same time, kind of stick it to the people that he felt betrayed him.”

Ed didn’t even give his colleagues at NASA any notice of his move to Helios, leaving Margo, Dani & Co. stunned as they watched the announcement on TV. Ed’s unhappiness and the ballsy curveball he threw at his former workplace would suggest that he’s ready to put NASA in the rearview. But decades of history can’t be that easily erased. “To leave NASA was a huge emotional thing for Ed,” Kinnaman says. “It’s where he spent his whole life, and so to leave NASA and now compete against them, that has big emotional ramifications for Ed.”

Plus, Ed will now be racing to Mars against his pal Dani, whose friendship with Ed took a hit this week when Ed said that he’d lost out to her on the NASA selection because it wasn’t an even playing field and that other factors went into the decision. Having heard that her entire life, an upset Dani left Ed alone at the bar. 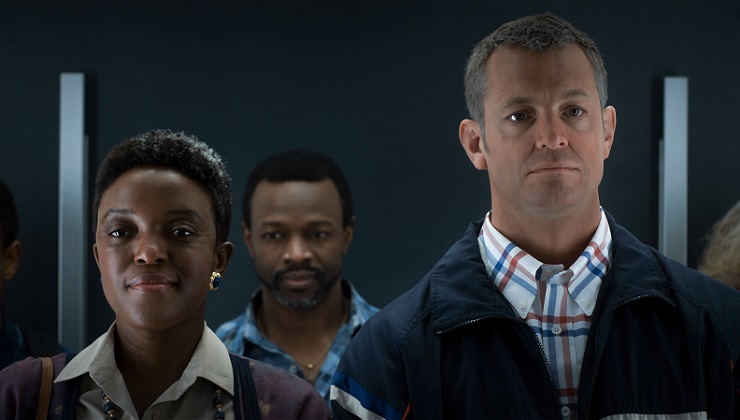 “Sometimes, the people you love the most are the people that can make you feel the most betrayed,” Kinnaman says of the fractured friendship. “Ed and Dani, they go way back, and they have gone through a lot together. Just because you have a [disagreement] where someone disappoints the other with their point of view, there’s a lot to a friendship like that, and you don’t give up on it easily.”

In the meantime, Ed will be facing some challenges in his transition to Helios, which sports a youthful staff and an everyone-gets-a-vote mentality that is “a terrible fit” for the veteran astronaut, Kinnaman says. “He doesn’t want to do that New Age, hippie-dippie bulls–t. That’s clearly not going to work. You need a clear command structure when you’re doing something as dangerous as what space travel is. So that’s going to be a real problem.”

For All Mankind fans, what did you think of Ed’s move to Helios? Hit the comments!

What Makes a Great Audiobook?

It’s nighttime in Kyiv. Here is the latest on Russia’s war in Ukraine

UST debacle will ‘probably be the end’ of algorithmic stablecoins