Photo credit: NASA, ESA, P. Sell (University of Florida), and P. Kaaret (University of Iowa)
NASA’s Hubble Space Telescope has uncovered a hidden galaxy (spiral galaxy IC 342), also known as Caldwell 5, located approximately 11 million light-years from Earth. What stands out most are the intertwined tendrils of dust in its brilliant arms that wrap around a spectacular core of hot gas and stars, which is a specific type of region called an H II nucleus. 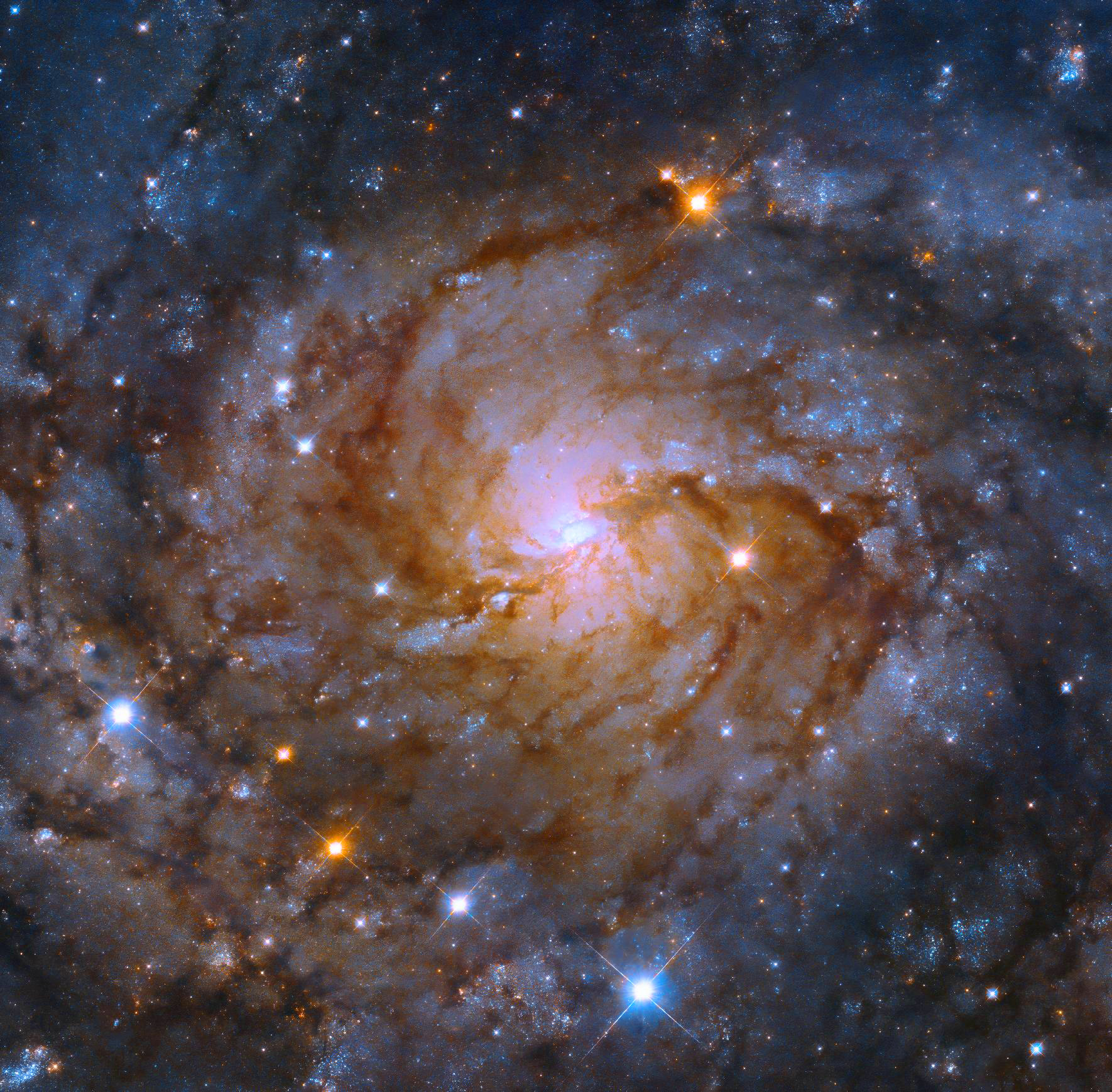 The H II nucleus is essentially an area of atomic hydrogen that has become ionized, and such regions are energetic birthplaces of stars where thousands of stars can form over a couple million years. Each one of these young, extremely hot, blue stars emit ultraviolet light that further ionize the surrounding hydrogen. Even though it may have a bright 8.4 magnitude, Caldwell 5 doesn’t really stand out in the sky, as it appears near the equator of the Milky Way’s disk amongst thick cosmic gas, dark dust, and glowing stars. Now NGC 1385 is a spiral galaxy that really stands out, since it appears to be in a furnace.

Were it not obscured by so much interstellar matter, the Hidden Galaxy would be one of the brightest galaxies in our sky. A relatively close galaxy, it is roughly 50,000 light-years across and billions of years old,” according to NASA.

Innovative Fish Farms Aim to Feed the Planet, Save Jobs and Clean Up an Industry’s Dirty Reputation

Bats in Germany are riddled with pesticides and toxic pollutants

“I’m Not a Religious Person” – The Hollywood Reporter