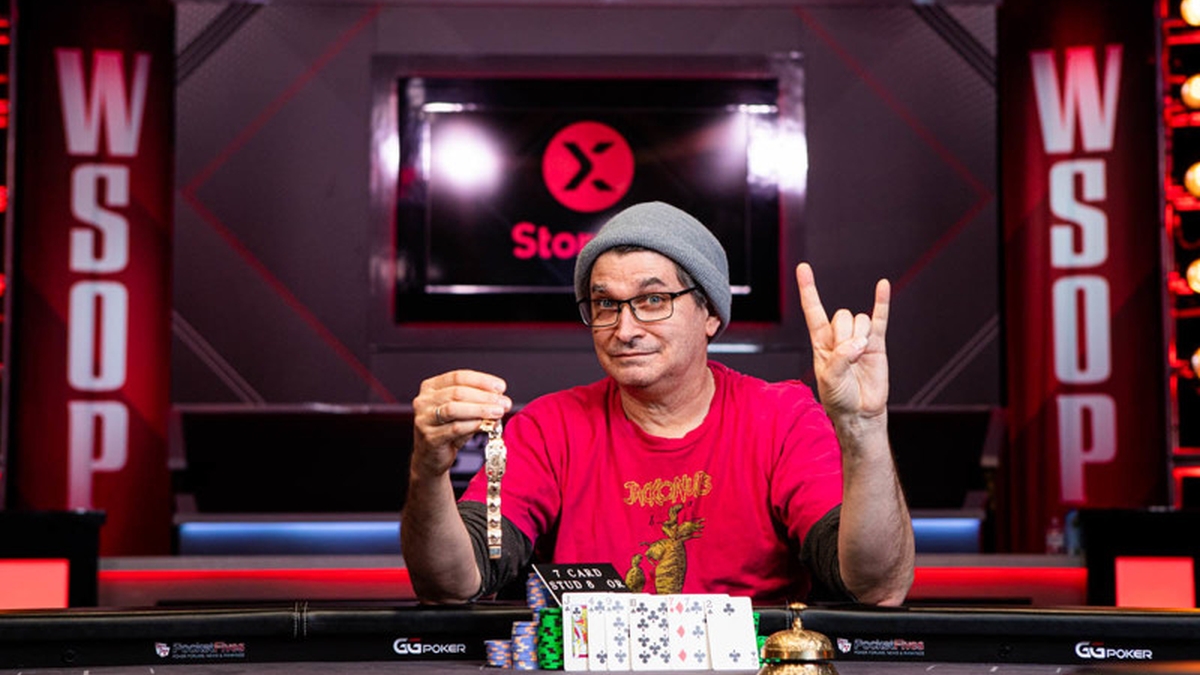 Steve Albini has once again emerged victorious at the World Series of Poker, taking home his second gold bracelet after winning the $1,5000 H.O.R.S.E. event on June 18th. The legendary producer and engineer earned $196,089 in prize money after beating out a field of 773 of the best poker players in the world.

In an interview with WSOP.com, Albini compared his experience this year to the first time he won a gold bracelet in 2018. Despite now being a two-time winner, the rock luminary almost brushed off the accomplishment by saying it felt like another fluke.

“I was all in a million times in this tournament,” Albini said. “In the Stud tournament, the bracelet that I won in 2018, I was never all in in that tournament. I was never short of chips. But it still felt like I kind of fluked it because I beat a table full of really great players that I didn’t expect to beat. This time it felt like a fluke because I was so short on chips so often, and I kept getting all in, and I kept surviving.”

On the music front, Mikey Erg recorded his upcoming Love at Leeds album at Albini’s famous Electrical Audio studios in Chicago. There’s no word if Dolly Parton decided to take Albini up on his offer to make a rock record together, but we should only be so lucky.

How to use less plastic when traveling in 12 easy steps

Everything Harry Styles Has Said About Taylor Swift: A Timeline – Billboard