See a Preview of Volume 2 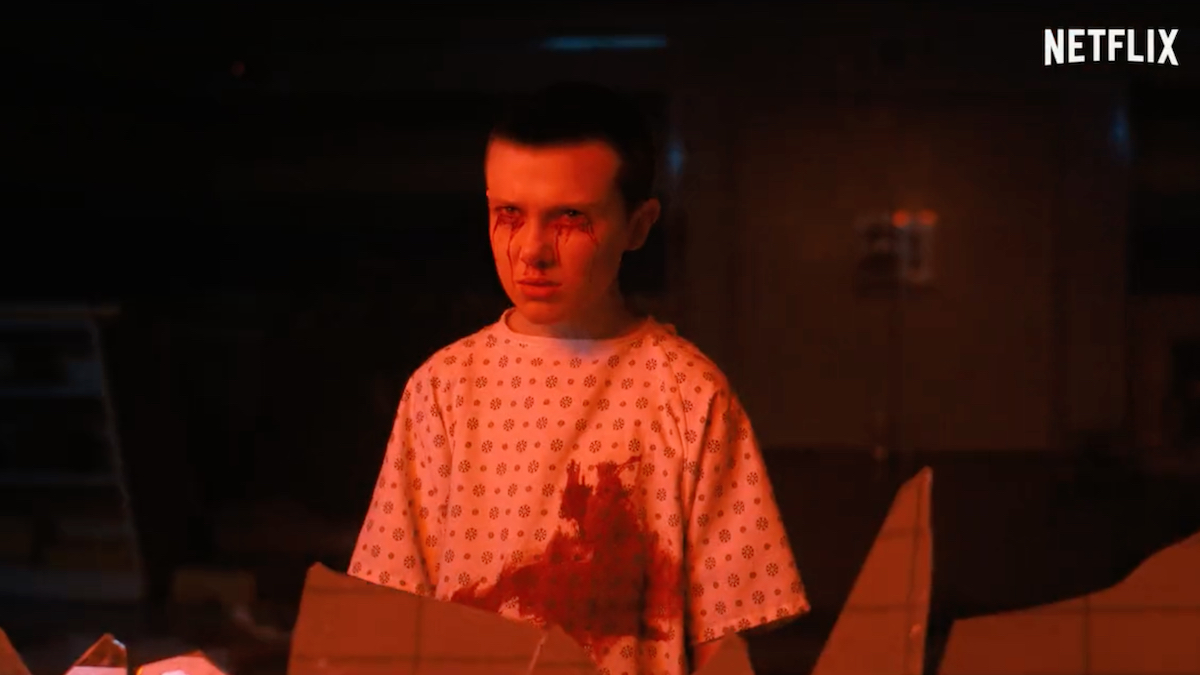 Now that we’ve seen the first seven episodes of Stranger Things Season 4, Netflix has offered a “look ahead” at its remaining two episodes at the streamer’s annual Geeked Week event on Thursday. Scroll below to see the sneak peek of Volume 2.

In the 30-second clip, Eleven (Millie Bobby Brown) has to come to terms with the havoc she’s inadvertently wreaked on Hawkins since we brought Will back from the Upside Down. She’s dressed in a bloody hospital gown as a demonic voice — perhaps Vecna — offers her a foreboding message: “It is over, Eleven. You have freed me. You can’t stop this now.”

There aren’t many other plot points we can decipher from the preview, but there are a few things we can glean from the clip: Medieval costumes will be worn. Steve, Robin, and the rest of the gang will continue their Upside Down expedition. Hopper will probably do something that contributes to an epic restoration of justice. See the clip below.

Stranger Things Season 4 Episodes 1-7 are streaming now on Netflix, with the remaining episodes landing July 1st. Notably, the soundtrack’s inclusion of Kate Bush‘s “Running Up That Hill (A Deal with God)” has given the still-perfect 1985 song a due resurgence, with Bush herself acknowledging the excitement of finally getting her first Top 10 hit.

Every Character’s Gift Explained (& Why They Have Them)

Liam Gallagher forced to cancel show due to illness