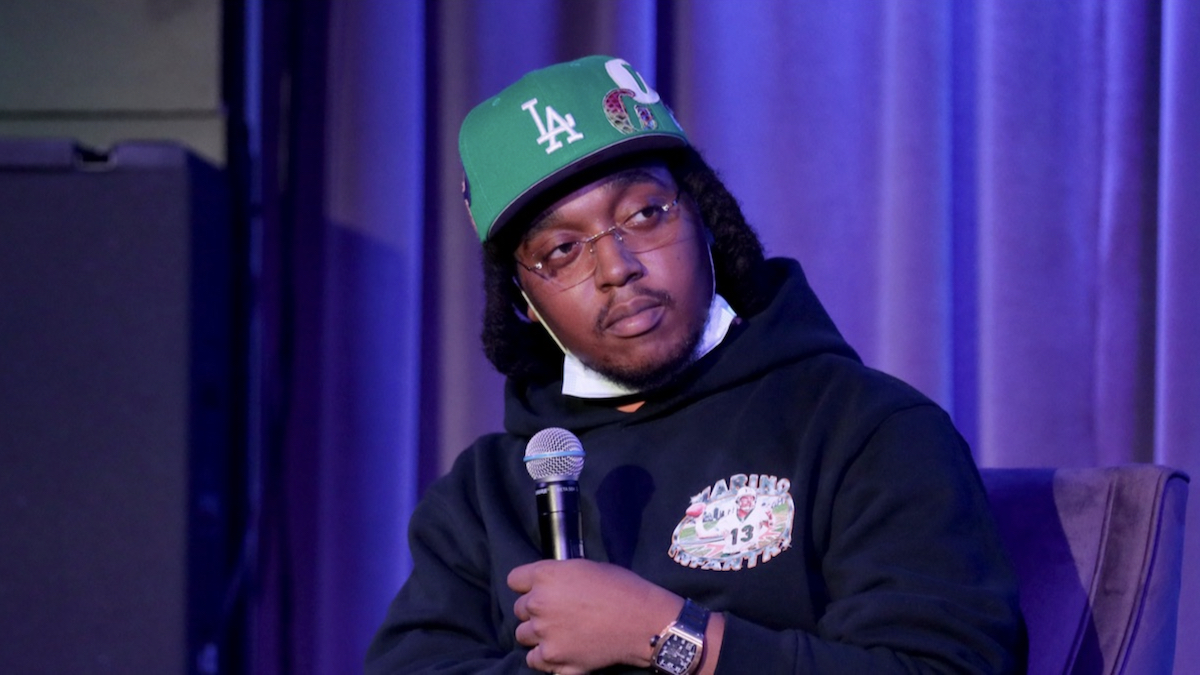 33-year-old Patrick Clark was brought into custody and charged with murder on December 2nd, NBC News, reports, while Cameron Joshua was arrested on Nov. 22 and accused of felony possession of a weapon.

Takeoff, born Kirshnik Khari Ball, was shot outside a downtown Houston bowling alley after leaving a private party with his uncle, 31-year-old Quavo, aka Quavious Keyate Marshall. According to officials, he was an innocent bystander to a heated argument that broke out at the entrance to the bowling alley, and at the time he was shot, he was not armed and not participating in the altercation. Houston Police Chief Troy Finner called Takeoff “well-respected and non-violent.”

A Harris County Medical Examiner reported that he died of “gunshot wounds of head and torso into arm.”

Alongside Quavo and cousin Offset, Takeoff was the youngest member of Migos, the chart-topping trio known for hits like “Versace” and “Bad and Boujee.” His funeral was held November 11th at State Farm Arena in his hometown of Atlanta, Georgia.

House of the Dragon Episode 4 Trailer: Will a Rumor Derail Rhaenyra’s Claim to the Throne?

‘Flowers in the Attic: The Origin’ Recap Episode 2: [Spoiler] Dies