Warning: The following contains spoilers for The Boys Season 3, Episode 4. Proceed at your own risk!

The Boys‘ quest for a weapon capable of killing Homelander took Butcher & Co. to Russia in this week’s episode, where they found something even more powerful: Soldier Boy.

While searching a Russian facility, a suped up Butcher opened a cryochamber, inadvertently releasing Jensen Ackles’ original celebrity supe, who was thought to be dead. Soldier Boy stepped out of the chamber in the buff, then emitted an explosive blast that badly wounded Kimiko.

Previously, the supe was only seen in flashbacks or found footage, so showrunner Eric Kripke was well aware that Soldier Boy’s introduction into the present-day story came with “an incredible amount of buildup,” he tells TVLine. With that in mind, Kripke looked to his former series, Supernatural, when crafting Soldier Boy’s highly anticipated debut.

“We needed a huge reveal for him. Funny enough, I thought a little bit of Supernatural. I still think probably the best entrance I’ve ever done is Misha Collins’ entrance [as Castiel]. That’s an entrance! That is how you f–king walk into a show!” Kripke exclaims. (Indeed, that Cas scene made TVLine’s list of Memorable Character Introductions.) “And so we thought a lot about we need something really grand [and] big, and this idea of like this massive thing, door, that opens, and he emerges through the steam, and he has this huge blast.”

The scene is not only memorable for what Soldier Boy does, but also for what he’s not wearing: anything at all. “All the characters in this show at some point or another have… simulated nudity. It’s just not realistic that you would be dressed while you’re in some sort of gassed chamber [while] unconscious,” Kripke says, adding that Ackles was game to shoot the skin-baring scene. 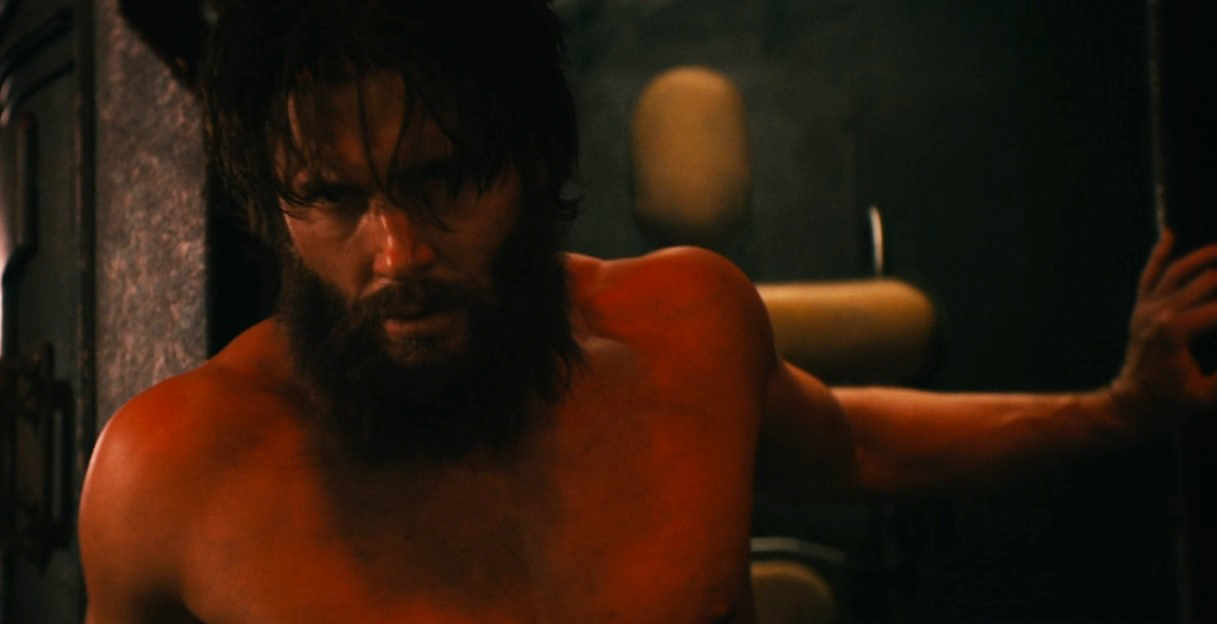 “I would never ever, ever, ever make an actor show any nudity or do anything that they’re uncomfortable with, period,” Kripke emphasizes. “Jensen and I joked lately that there was a scene he didn’t want to do, and that’s really not true. The truth is I revised it to make sure that he was OK. I would never put an actor in an uncomfortable situation. So I called him and I said, ‘This is the thought, but 1000 percent, if you don’t want to do it, don’t do it,’ and he said, ‘No, I think it’s honest to the character, and I think that’s true to the tone of your world, and everyone else has done it. I’m in.’”

Following his explosive blast, Soldier Boy made his escape from the facility, leaving Frenchie to worriedly exclaim that Kimiko wasn’t healing. That troubling development speaks to “a very new and important turn that gets explored as the show goes on,” Kripke teases. “Something with Soldier Boy’s blast has a direct effect on superpowers, which obviously makes him even more dangerous.” 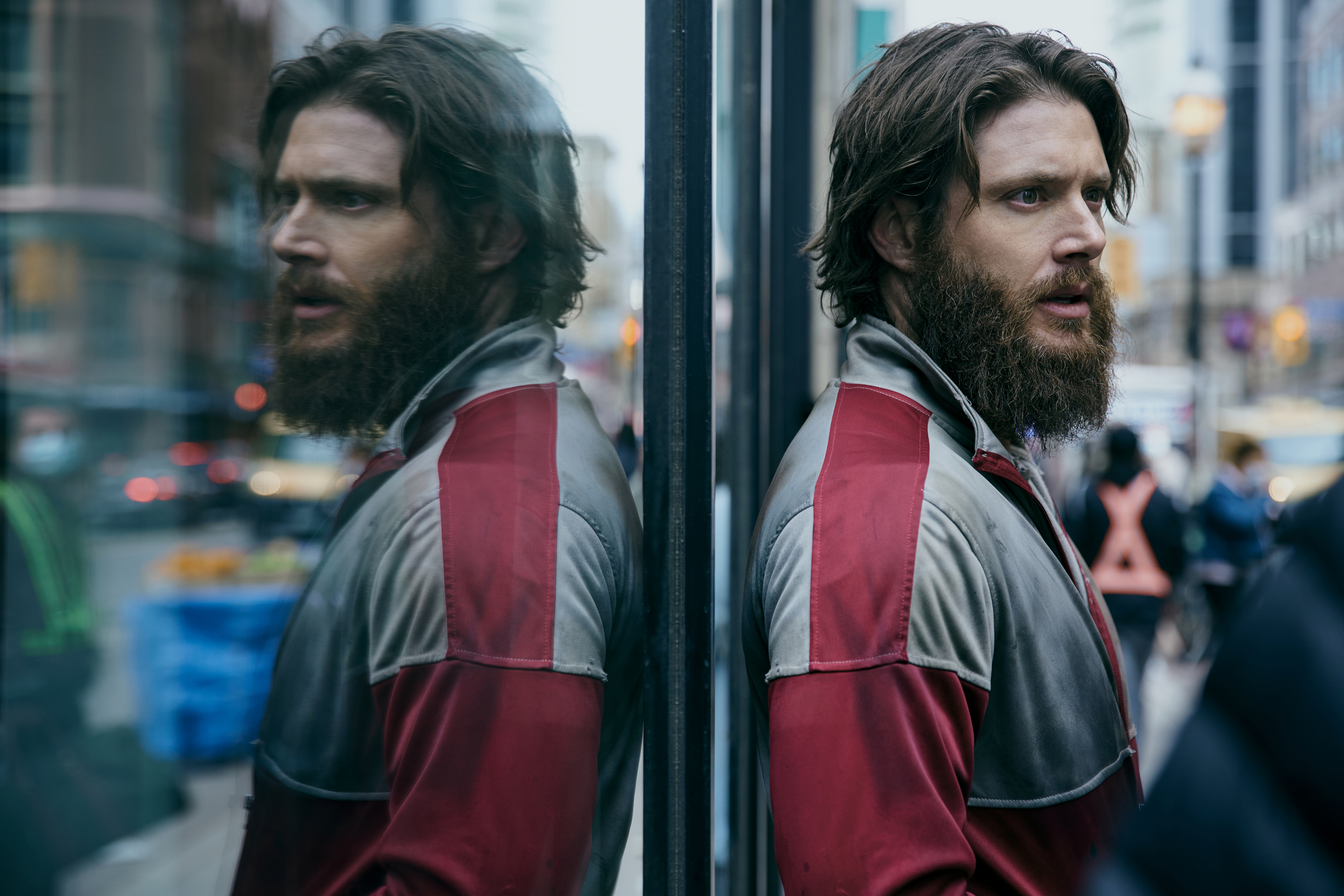 And now that the supe is free, Kripke warns that viewers should “strap in! It’s really going to be a bomb into the social order of it all.”

Given his incredible strength and powers, “Soldier Boy is, for all intents and purposes, as strong as Homelander,” Kripke notes. And what’s worse is he’s “not necessarily on Vought or Homelander’s side,” making him especially unpredictable.

Soldier Boy will prove to be a threat to even the all-powerful Homelander, who this week ousted Stan Edgar from Vought with Victoria Neuman’s help. “Homelander has taken pains to make himself the big decision maker at Vought,” Kripke says. But after Soldier’s Boy unforeseen release, “he’s immediately presented with a crisis that he’s just woefully inadequate to handle, like some recent administrations and COVID, for example.” 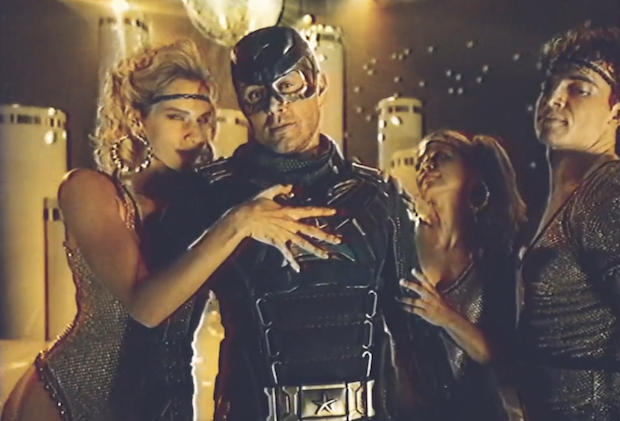 On a much lighter note, this week’s episode opened with footage of Soldier Boy singing Blondie’s “Rapture” on Solid Gold. “He sings a song later in the season that was the one that was like my beautiful baby that we’ll talk about later,” Kripke shares. “So this one was he should be on TV and he should be singing. I think it was Anslem Richardson, one of our writers, who pitched ‘Rapture.’ Although it’s funny, he pitched it because he liked the song. I took the pitch because I’m like it’s the most painful, terrible song in the world, and you can’t believe how bad it is.” (For the record, Kripke says he’s a Blondie fan and describes “Call Me” as “a f–king banger,” but he’s just not a fan of this particular tune.)

“I watched a lot of Solid Gold as a kid, and it’s exactly the type of super obscure but deeply meaningful reference that I love on The Boys,” Kripke adds. “But I just feel like Soldier Boy is the poster boy for so many negative trends… and the sort of slightly clueless cultural appropriation of the era. That you could bring Soldier Boy out there to rap — and poorly! — I just found that entertaining.”

And yes, filming the fake Solid Gold appearance was just as fun as it looked like for Ackles. “He had a blast!” Kripke says. “I mean, we built a one-to-one replica of the Solid Gold set and got real dancers. How do you not have a blast doing that?”

The Boys fans, what did you think of Soldier Boy’s dramatic entrance? Grade the episode below, then hit the comments!

Alex Dunphy’s Slow Transformation Over The Years (In Pictures)

Alex Dunphy’s Slow Transformation Over The Years (In Pictures)

Senate reconciliation has ‘once in a generation’ prescription reform