Belonging to Mankind for all eternity is the music orchestrated by composer royalty Randy Edelman. In a rare TV appearance, Randy will be a guest on “Your Best Self with Dr. D” on June 19, 2022 at 3:30 PM EST on WLYN as well as the top streaming networks around the world including Roku TV, Amazon Fire, Apple TV, Android TV, Binge, Tikilive, and YouTube, which ultimately secures a 63.6 million public consumer reach.

Randy is responsible for creating an endless cascade of many of the world’s most known soundtracks including: Ghostbusters II, 27 Dresses, While You Were Sleeping, The Last of the Mohicans, Kindergarten Cop, Dragonheart, XXX, Twins, My Cousin Vinny, The Mask, Beethoven, Dragon: The Bruce Lee Story, Anaconda, Mummy 3, Gettysburg, Billy Madison, Leap Year, The Whole Nine Yards, EdTV, Daylight and an endless array of others. Some of the television shows and series he scored include: MacGyver, Mr. Sunshine, Backdraft 2 for Netflix, and Citizen X for HBO. These credits only touch the surface of his accomplishments. He has also created the music for “Dare Mighty Things” for NASA’s final Shuttle launch, “Wimbledon, Grand Slam Tennis Series” for ESPN, “ESPN Sports Century,” and even the NBC “on air” Olympic Theme, of which he has celebrated over 20 years of Olympic themed glory keeping the musical flame alive. 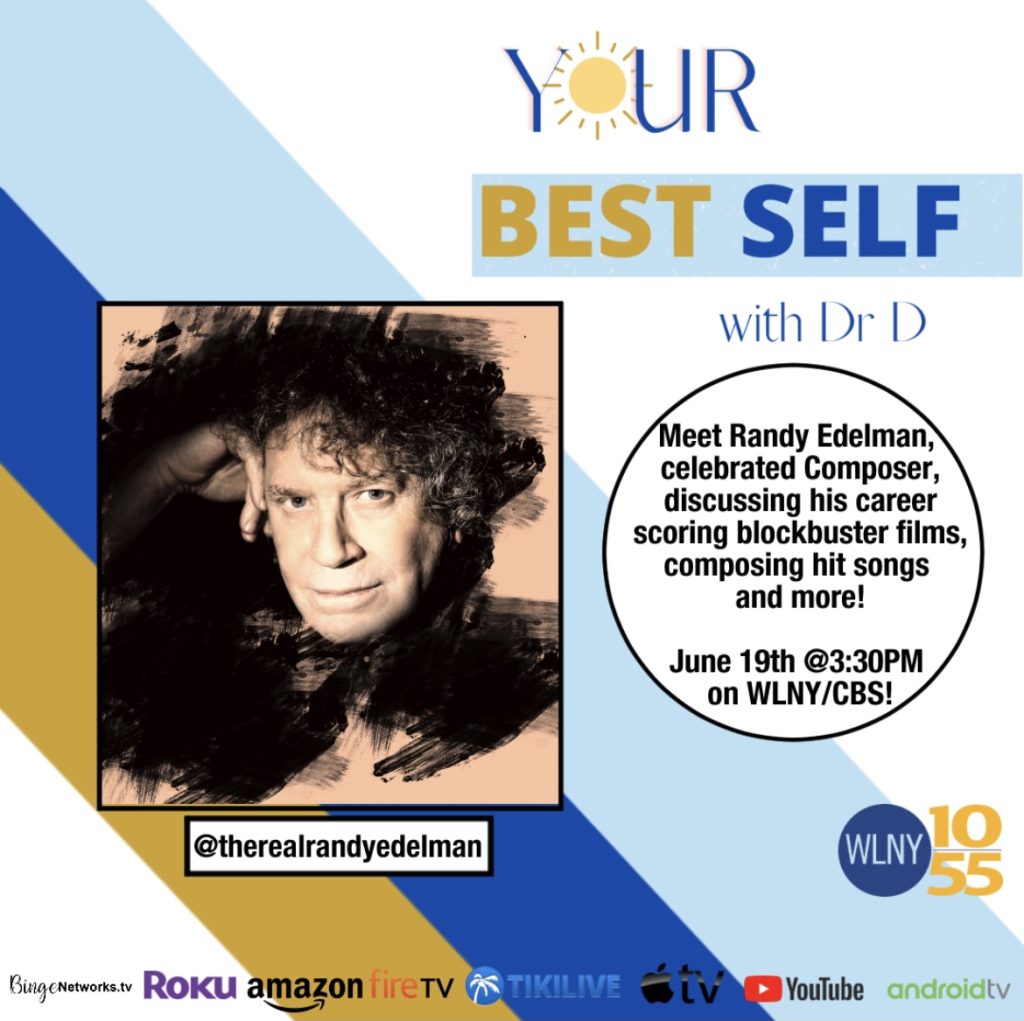 Aside from crafting and orchestrating the scores that gave life to the films, a myriad of artists have covered and recorded Randy’s original songs from his solo albums. Included in that catalog is Barry Manilow’s “Weekend in New England,” The Carpenters’ “I Can’t Make Music” and Nelly’s “My Place,” reaching Number 1 on the Billboard Hip Hop charts. Others include Willie Nelson’s “Down in the Everglades,” Patti LaBelle’s “Isn’t it a Shame,” Olivia Newton John’s “If Love is Real,” Blood, Sweat & Tears’ “Blue Street,” Royal Philharmonic’s “Grey,” and a list that continues endlessly. Randy has also opened live in breathtaking arenas for icons such as Frank Zappa and The Carpenters.

Like a musical Chameleon, Randy continues to compose and record lighting up the world like fireworks plunging into the night sky and shattering the darkness. The grand composer of modern and future times has just released his highly anticipated anthemic song of hope and inspiration titled “Comin’ Out the Other Side.” The single is now available worldwide Tribeca  Records. The song promotes an epidemic of joy and happiness as a grand finale to a time best forgotten….

“Your Best Self with Dr. D” is a syndicated Lifestyle talk show dedicated to the featuring of a diverse mix of useful lifestyle tips and inspiration on how to live your life in the best way possible. The show features the best self community and guides to films, music, relationships, healthy eating, celebrity news, expert advice and everything you need to know. Topics on the show also include wellness technology, parenting, medical procedures, health and wellness authors, beauty, facial aesthetics, and more. It provides empowerment, inspiration, self-care, and entertainment.

Westworld: Ambiguity Is on the Agenda in Sprawling Season 4 Trailer

Westworld: Ambiguity Is on the Agenda in Sprawling Season 4 Trailer

How To Complete The Battle of Revenge Quest

I Can't Read Nonfiction In Print

These 6 low-debt global stocks are set to outperform, Bernstein says

How to Make Sure Wildfire Shelters Save Firefighters’ Lives

Read This Before You Paint Your Front Door

Did the Seeds of Life Ride to Earth Inside an Asteroid?

Nearly a hundred different types of amino acids have been...

The Best LGBTQ YA and Kids’ Books of 2022, According to the ALA

Why Dirty Dancing 2 Has Taken So Long To Make, According To Star

Home Movie News Why Dirty Dancing 2 Has Taken So...

La Brea is back and building some serious drama early...

There are two sure ways to add oomph to your...

TOMORROW X TOGETHER are already gearing up for their second...