Tiny Frog (Brachycephalus Brunneus) is Definitely Not Built for Jumping, These Videos Show Why

Photo credit: Ribeiro et al., (2017)
This tiny frog (brachycephalus brunneus), a pumpkin toadlet, just isn’t built for jumping. Why? They are so small that maintaining balance becomes a issue during quick maneuvers, like jumping. They’re capable of hopping when gently prodded, but as you’re about to see, lose control of their trajectory mid-leap.

This balance issue could be caused by pumpkin toadlets having the smallest vestibular system yet measured in any vertebrate organism, or the fluid-filled network of spiraling chambers inside the inner ears of animals. When animals move their head, the liquid in these chambers also begin flowing along with it, brushing against tiny hairs that send electrical impulses to the brain to maintain balance. Then there’s the Brookesia Nana, the world’s smallest chameleon. 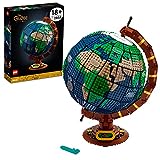 They’re not great jumpers, and they’re not particularly good walkers either. They sort of stomp around in a stilted, peg-like version of walking.” said Edward Stanley, study co-author, director of the Florida Museum of Natural History’s Digital Discovery and Dissemination Laboratory.

Opinion: Trump scammed America. The January 6 panel is showing us how

Opinion: Trump scammed America. The January 6 panel is showing us how