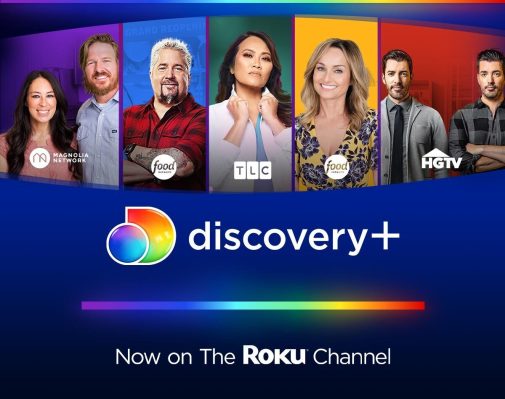 Roku says both the ad-free ($6.99/month) and ad-supported ($4.99/month) versions of discovery+ are now available, and users can sign up for a free seven-day trial.

The addition is notable because it’s the first time Roku’s Premium Subscriptions will support a subscription video-on-demand service with an ad tier. Typically, The Roku Channel generates revenue by running its ads across the free movies and TV shows it streams as well as by taking a revenue share from the premium subscriptions it sells to its customers. But these days, more subscription video services include both ad-free and ad-supported tiers to choose from.

Today’s move opens the door for Roku to connect subscribers to more services like discovery+ through The Roku Channel hub in the future.

Randy Ahn, Head of The Roku Channel, SVOD, said in a statement, “Today marks an exciting milestone for our business as we welcome both tiers of Discovery+ to the roster of exceptional services available as a Premium Subscription on The Roku Channel. Discovery+ is a leading streaming service and features an unmatched content library. We’re thrilled to support their growth through their launch on The Roku Channel and for the opportunity to bring this caliber of content to our users.”

The Roku Channel, meanwhile, offers premium subscriptions to more than 50 services and gives users a unified browse and sign-up experience, allowing for simple subscription management with a single monthly bill.

It recently announced more Roku Originals coming to the platform including new cooking shows hosted by Martha Stewart and other well-known food media names. There will also be lifestyle and home improvement programs coming to the free streaming platform, as well.

“We’re pleased to deepen our relationship with Roku, a valued partner, and expand access of discovery+ on the Roku platform through the launch on The Roku Channel,” said Gabriel Sauerhoff, SVP Digital Distribution and Commercial Partnerships, Warner. Bros. Discovery, “We look forward to further extending the reach of our exceptional library of lifestyle and real-life content to millions of Roku streamers and providing them increased optionality in how they access discovery+ .”

Discovery+ is a younger streaming service, only one years old, and will soon merge with HBO Max. Last month, parent company Warner Bros. Discovery reported that Discovery Inc. had 24 million total streaming subscribers as of the end of Q1.

Tom Brady Will Join Fox Sports As Football Analyst When He Retires: Network

Tom Brady Will Join Fox Sports As Football Analyst When He Retires: Network

Pick a Cozy Video Game and Get a Book Recommendation