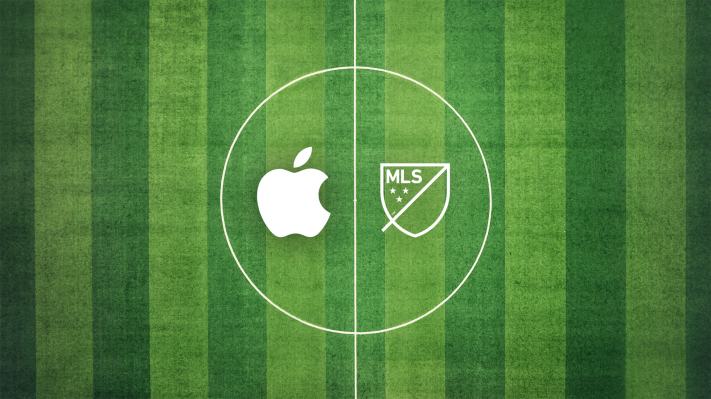 Apple has signed a deal with Major League Soccer (MLS) that will see the company stream every MLS match for 10 years starting in 2023. The partnership will allow fans to watch all MLS, Leagues Cup, and select MLS NEXT Pro and MLS NEXT matches in the Apple TV app.

Starting in early 2023 through 2032, fans can watch every live MLS match by subscribing to a new MLS streaming service, that will be available exclusively through the Apple TV app. The service will include game replays, highlights, analysis and other original programming. Apple says select MLS and Leagues Cup matches will be available at no additional cost to Apple TV+ subscribers, with a limited number of matches available for free. Access to the new MLS streaming service will be included as part of MLS full-season ticket packages. Unlike with several other sports streaming deals, there won’t be any regional blackouts.

Apple hasn’t revealed how much the service will cost or when users can sign up for it, but notes that it will share additional information in the coming months.

The MLS content on the Apple TV app will be available on all devices where the app is accessible, including iPhone, iPad, Mac, Apple TV 4K, and Apple TV HD; Samsung, LG, Panasonic, Sony, TCL, VIZIO, and other smart TVs; Amazon Fire TV and Roku devices; PlayStation and Xbox gaming consoles; Chromecast with Google TV; and Comcast Xfinity.

“For the first time in the history of sports, fans will be able to access everything from a major professional sports league in one place,” said Eddy Cue, Apple’s senior vice president of services, in a statement. “It’s a dream come true for MLS fans, soccer fans, and anyone who loves sports. No fragmentation, no frustration — just the flexibility to sign up for one convenient service that gives you everything MLS, anywhere and anytime you want to watch.”

At launch, all of the MLS and Leagues Cup matches will have announcers in English and Spanish, and all of the matches involving Canadian teams will be available in French. Apple and MLS will also provide coverage via Apple News, as users will be able to watch highlights in the News app.

Apple’s partnership with MLS marks a major step up from its limited Friday Night Baseball deal with the MLB. The company’s deal with MLS indicates that Apple is looking to prioritize live sports. Apple is also rumored to be among the companies who are looking to get the rights to the NFL Sunday Ticket.

Why gold is a winner in times of inflation

The Inside Story of Carlos Ghosn’s Brazen Escape From Japan

How to implement an effective chatbot program – TechCrunch

Is Uttoxeter’s World Parts Centre the answer to the world’s problems?