The White House Has a Secret Vinyl Collection 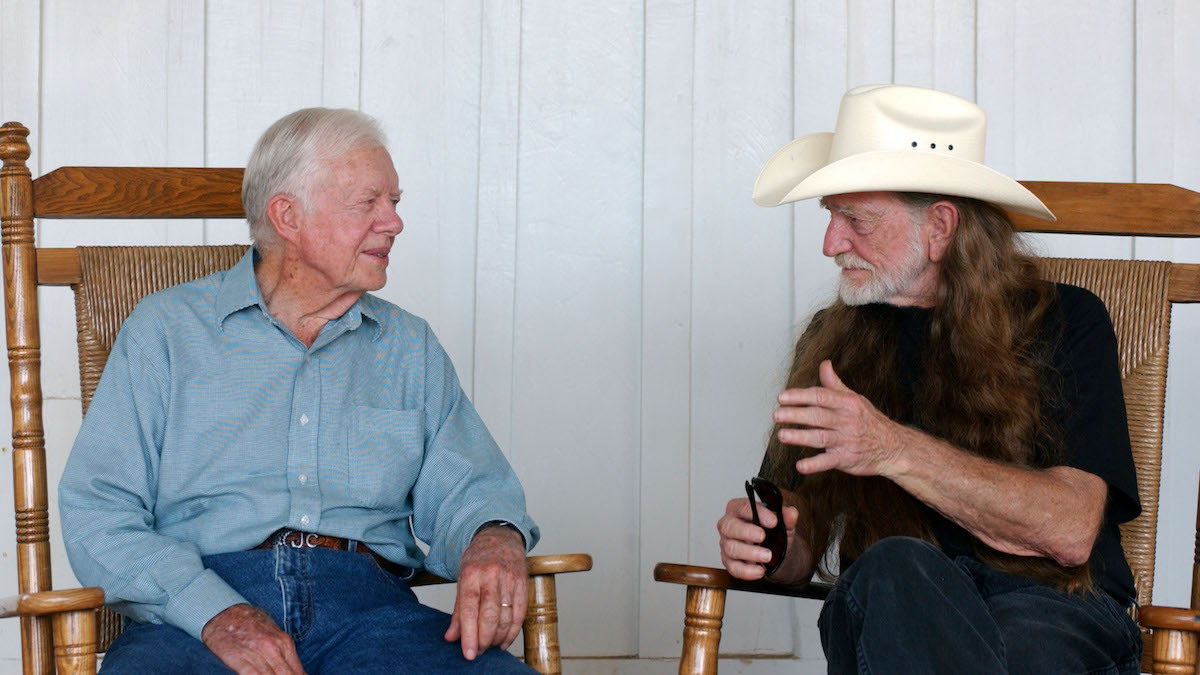 Sure, the Library of Congress has a National Film Registry, and sure, President Obama stays up to date on popular music, but can you imagine the White House housing its own private record collection? For a time, it did, and John Chuldenko — grandson of President Jimmy Carter — unearthed it.

Chuldenko, a writer, director, and producer, learned of the vinyl collection from his uncle Jeff, who, as Carter’s youngest son, spun the music himself when he was living at the White House. The selection came to be in the 1970s, when the Recording Industry Association of America approached the White House about creating a library for music the same way the American Booksellers Association had done for books.

Songwriter Johnny Mercer curated the library’s initial installation, and over 1,800 LPs were presented to the White House in 1973.  Its picks —  Lawrence Welk, Don Ho, and Perry Como among many others — proved very of their time. But when John Hammond, the record producer who signed the likes of Bob Dylan, Aretha Franklin, and Bruce Springsteen, signed on to compile a later selection, he stocked the White House with records that still stand up today.

Hammond enlisted experts from every musical genre to make selections for the second installment, and he ended up furnishing the library with everything from Elvis and Chuck Berry to the Sex Pistols, Captain Beefheart, and Gil Scott-Heron. Tragically, soon after those records hit the White House in 1981, they were moved into storage — President Reagan was probably not a big fan of “The Revolution Will Not Be Televised.”

Chuldenko set out to make a documentary about this forgotten library, but was never able to drum up the financing. Still, he did succeed in convincing the White House to pull its pristine records out of storage, which is why we know about the collection today. The artist’s new plan is to add a third installment to the library, but in the form of a written playlist with contributions from prominent people. Maybe Beto O’Rourke will offer an updated punk playlist.

The full story can be found in a profile of Chuldenko in The Washingtonian, which you can find here.

All the Best Fashion Campaigns of Spring/Summer 2022

All the Best Fashion Campaigns of Spring/Summer 2022

The Big 3 Rally Around Rebecca in 'Family Meeting' (RECAP)

8 Books That Expose the Failings of the True Crime Genre

Stephen Colbert Shows How Donald Trump ‘Crimed’ Himself Before Jan. 6