Pusha T has revealed the advice that Pharrell gave him while writing his latest album.

Speaking to NME for this week’s Big Read, Pusha revealed that while working at Pharrell’s compound in Miami, the rapper gave him invaluable advice about getting in character on his songs.

“[Pharrell] said the evolution of me is being more of a character,” Pusha explained. “He doesn’t like me rapping. He tells me all the time: ‘You can do that verse in your sleep. You have to give me the character, that matter-of-fact evil guy.’”

Pusha went on to explain how Pharrell played him Joker, the 2019 Batman prequel starring Joaquin Phoenix, and had it playing on mute in the background while they dug through crates of beats, finding the right ones for Pusha to rap over.

“One of the songs we created was ‘Neck & Wrist’,” Pusha said. “He was like, ‘Look at this shit – you don’t get those bars without those visuals.’” 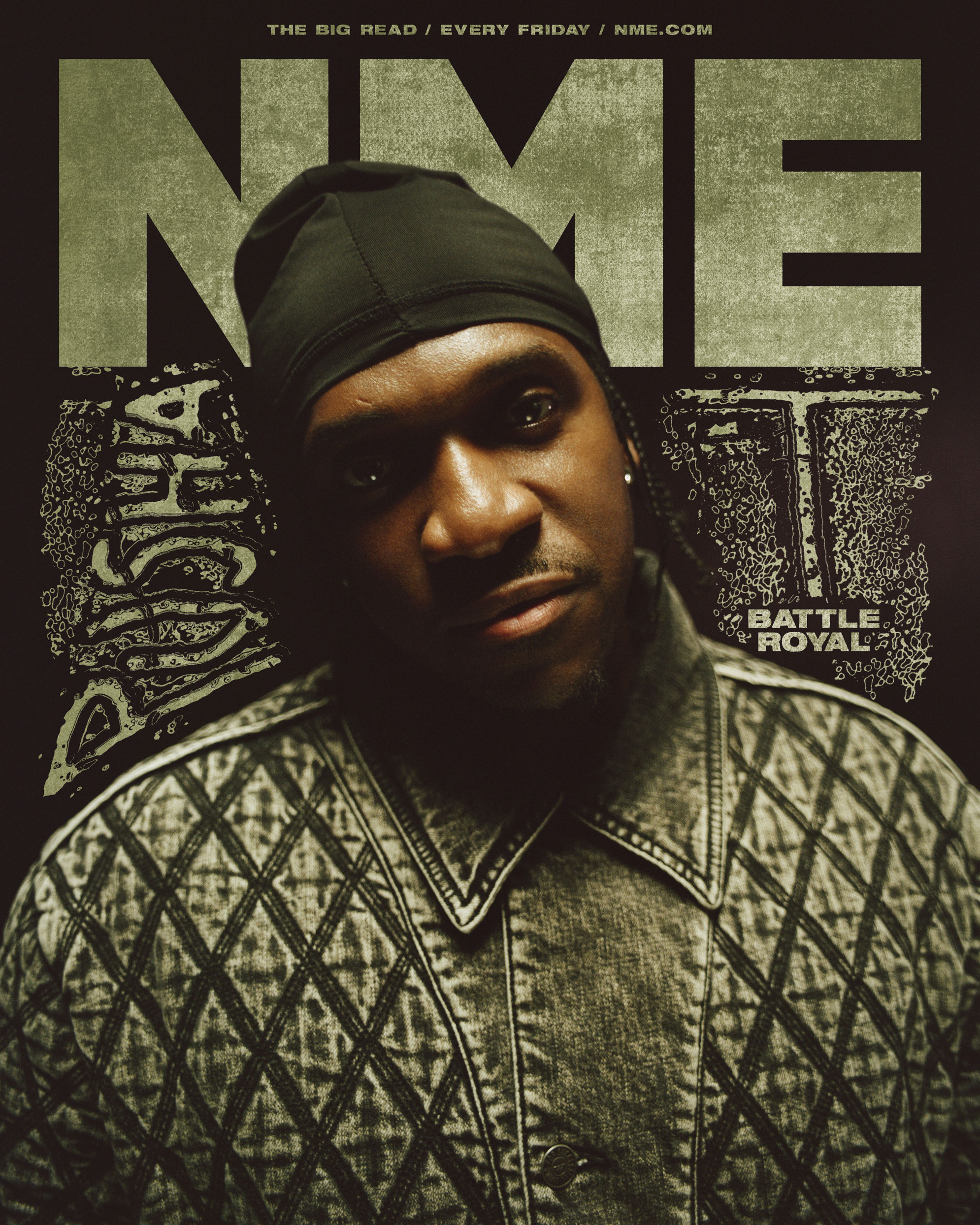 He then went on to explain how JAY-Z ended up on the track.

“If there’s one thing that Jay realises about me,” Pusha said. “He knows that if I’m hitting him about a song, I’m not fucking joking. It’s not a game. I knew we were going to move culture with this and JAY-Z is the holy grail of street rap. I don’t know anyone else that can make ‘Neck & Wrist’, that can harness that energy, except for us three.”

Elsewhere in the interview, the Virginia rapper talked about the creative and personal differences between him and Kanye West – now known officially as Ye. The rapper worked with Ye’s G.O.O.D Music as a signed artist before becoming the label’s President.

“He’s very emotional and I am way more calculated than him,” he continued. “So, music is never the debate; it’s the strategy that is the debate with us all day long. His superpower is his instinct, so when that’s your superpower, the shit works the majority of the time.”

Pusha added: “My superpower is my calculated, methodical fucking way of going about things, being able to sit back and withstand whatever before I strike.”

Earlier this month, Pusha commented on a supposed beef between himself and Eminem, explaining it is a “misinterpretation”.

“I saw just recently on Twitter people saying myself and Eminem,” he said. “I’m like, bro! It was a misinterpretation of something I don’t even remember. Something I said or whatever. But you know, people decode, and they have their own thing.”

Melissa Gorga Says Teresa Giudice Isn’t Why She Was Cast

FedEx to Raise Shipping Rates by 6.9% as It Combats Slowdown