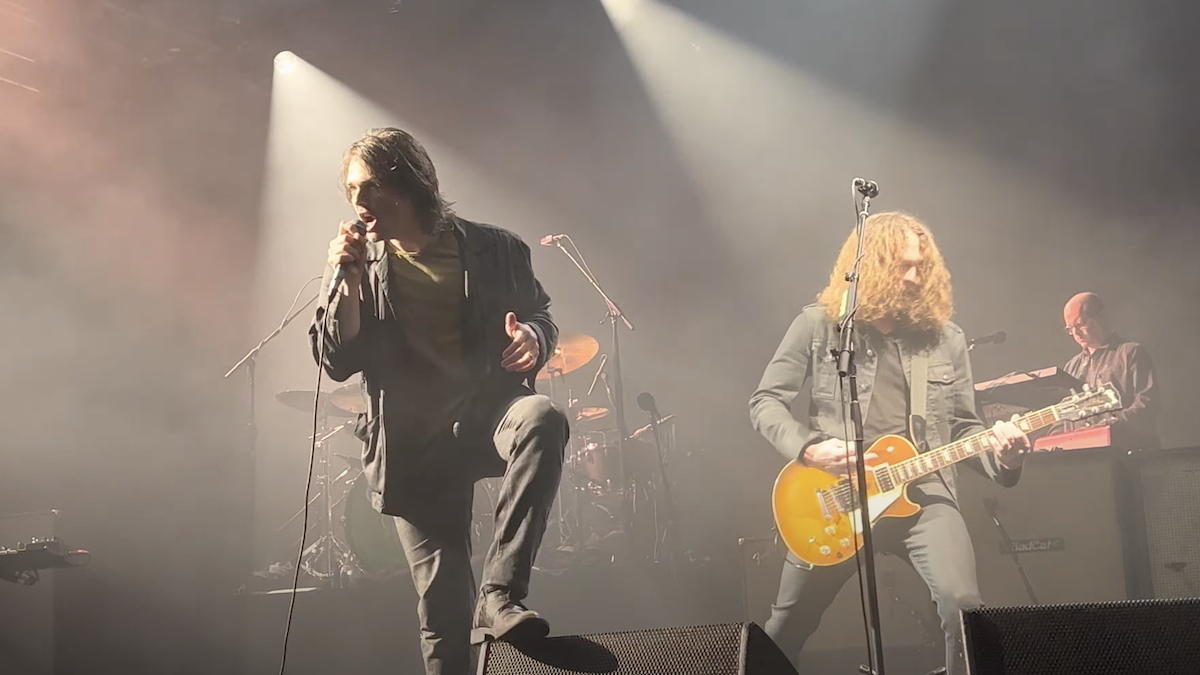 My Chemical Romance was finally free to proceed on their much-delayed reunion tour, making their first stop at the Eden Project in Cornwall, UK on Monday night.

The band unloaded 21 tracks for a breakneck performance that covered every era of the esteemed emo group’s career with some unexpected deep cuts and long-awaited stage debuts. They wasted no time showing off their new tricks, kicking off the show with their comeback single and first released music in eight years, “The Foundations of Decay.”

As if the sound of new MCR wasn’t enough to pump up the audience, the band dove straight into the core of their catalog with “Helena.” The extensive setlist was full of hits (“Teenagers,” “Welcome to the Black Parade”) but also included plenty of surprises from the band’s under-sung later entries like 2010’s Danger Days: The True Lives of the Fabulous Killjoys and their last studio release, 2013’s Conventional Weapons compilation. The latter project got particular shine after two songs from the album, “Surrender the Night” and “Boy Division,” graced the stage for the first time.

Elsewhere, MCR showed they are truly marching toward world domination on this upcoming tour as they dusted off The Black Parade staple “This Is How I Disappear” for the first time since 2010.  But the biggest crowd-pleasers came during the band’s three-song encore, where they closed out with the anthemic “I’m Not Okay (I Promise)” and the rousing send-off “The Kids from Yesterday.”

Watch fan-captured footage of the concert and see the full setlist below.

In total, My Chemical Romance will embark on 64 dates across Europe and North America in 2022 and Australia and New Zealand in March 2023. MCR also tops the roster for several festivals this summer including When We Were Young, Aftershock, Firefly, Riot Fest, and Music Midtown.

They’ll be supported throughout the tour by the likes of Badflower, Devil Master, Dilly Dally, GHÖSH, Kimya Dawson, Meg Myers, Midtown, Nothing, Shannon and the Clams, Soul Glo, Surfbort, Taking Back Sunday, The Bouncing Souls, The Homeless Gospel Choir, The Lemon Twigs, Thursday, Turnstile, Waterparks, and Youth Code. Fall in line with The Black Parade via Ticketmaster.

‘The Foundations Of Decay’

Live for the first time at their first UK show in over ten years#MCREDEN pic.twitter.com/QdasFTOf2I

Are You Into Metal? Not When It’s In My Hair!

Mitt Romney Got More Republicans To Back Monthly Child Allowance

Fast avalanches may be cause by earthquake-like shifts in snow

Mustaine Willing to Forgive Ellefson but Not Play Music With Him