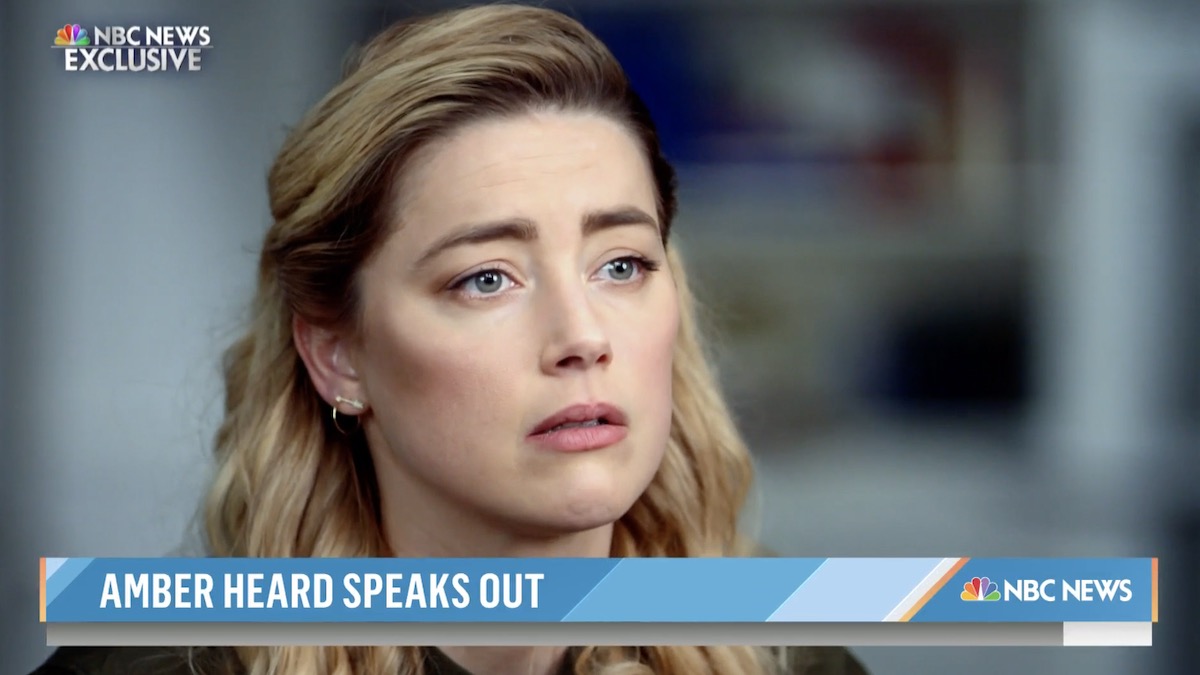 Amber Heard says she still has “love” for her ex-husband, Johnny Depp.

Even after a prolonged six-year legal battle that has seen the former couple accuse each other of physical and psychological abuse, the Aquaman actress claims she has no “bad feelings or ill will towards [Depp] at all.”

“I love him. I loved him with all my heart,” Heard said during an interview with NBC News. “And I tried the best I could to make a deeply broken relationship work. I couldn’t. No bad feelings or ill will towards him at all. I know that might be hard to understand or it might be really easy to understand, if you’ve ever loved anyone it should be easy.”

Heard spoke to Savannah Guthrie in her first sit-down interview since a jury found her guilty of defaming Depp. Portions of the interview have aired on TODAY this week ahead of an hour-long special airing as part of a NBC Dateline special on Friday, June 17th.

In the clip airing on Wednesday, Heard said she also feared further defamation lawsuits from Depp. “I’m scared that no matter what I do, no matter what I say or how I say it, every step that I take will present another opportunity for this sort of silencing. Which I guess is what a defamation lawsuit is meant to do — it’s meant to take your voice.”

Elsewhere in the interview, Heard addressed the 2018 Washington Post op-ed she wrote about being an alleged victim of domestic abuse — the article that was at the heart of Depp’s defamation case against her. “The op-ed wasn’t about my relationship with Johnny,” Heard insisted. “It was about me loaning my voice to a bigger cultural conversation we were having at a time… It was important for me not to make it about him, or do anything like defame him. I had teams of lawyers review all the drafts of him.”

She also answered questions on why she didn’t cooperate with police who responded to domestic abuse call in May 2016, and whether she tipped off TMZ about heading to court to file a restraining order (during which she was photographed with a bruise on the side of her face).

Heard was also asked whether failing to follow through with a pledged $7 million donation gave the jury a reason to question her credibility. “I shouldn’t have to donate it in an effort to be believed. I shouldn’t have to earmark the entirety of it.”

In a previous clip from the interview aired on TODAY on Tuesday, Heard said she stood “by every word of my testimony,” and argued the trial was “an example of social media gone haywire, gone amuck.”

Watch all of part two of @SavannahGuthrie‘s exclusive interview with Amber Heard, in which Heard discusses her future, fears about new defamation lawsuits and whether she still “has love” for Johnny Depp: pic.twitter.com/xr3EX9se6K

See What Celebrities Wore to the Hot 97 Summer Jam

See What Celebrities Wore to the Hot 97 Summer Jam

Forever Young goes on tour in NYC and LA

SpaceX’s planned mission around the moon includes a rapper, snowboarder, and a DJ

Does Music Need a Middle Man to Fight Fraud? – Billboard

Welcome back to Chain Reaction, a podcast diving deep into...