Dethklok, Run the Jewels and More

The mighty Dethklok will return to the stage at the 2022 Adult Swim Festival Block Party, which is being staged on the East Coast for the first time. The three day event is taking place August 5th through 7th in Philadelphia, and will also headlining performances from Run the Jewels and Tierra Whack.

Dethklok, of course, are everyone’s favorite band from the beloved Adult Swim animated series Metalocalypse. While the series was canceled back in 2013, just last year it was announced that a new Metalocalypse movie is in development. Brendon Small, the creator of Metalocalypse and musical mastermind behind Dethklok, will lead the live band.

Run the Jewels will be making their appearance at the Adult Swim Festival in between gigs opening for Rage Against the Machine on the latter’s highly anticipated reunion tour. And for rapper Tierra Whack, the fest will serve as a hometown show, as she was born and raised in Philly.

Also on the bill are Bia, Eshu Tune (Hannibal Buress), Flo Milli, Hop Along, and many more acts. In addition, there will be live panels on Rick & Morty (including a first look at the sixth season, Aqua Teen Hunger Force (first look at the upcoming movie), and Smiling Friends.

The Adult Swim Festival Block Party will be staged across multiple venues, including The Fillmore Philly, The Foundry, Punch Line Philly and The Brooklyn Bowl Philadelphia.

Tickets and weekend passes for the Adult Swim Festival Block Party go on sale Thursday (May 19th) at 10 a.m. ET via Ticketmaster. See a video promo and the full lineup poster below. 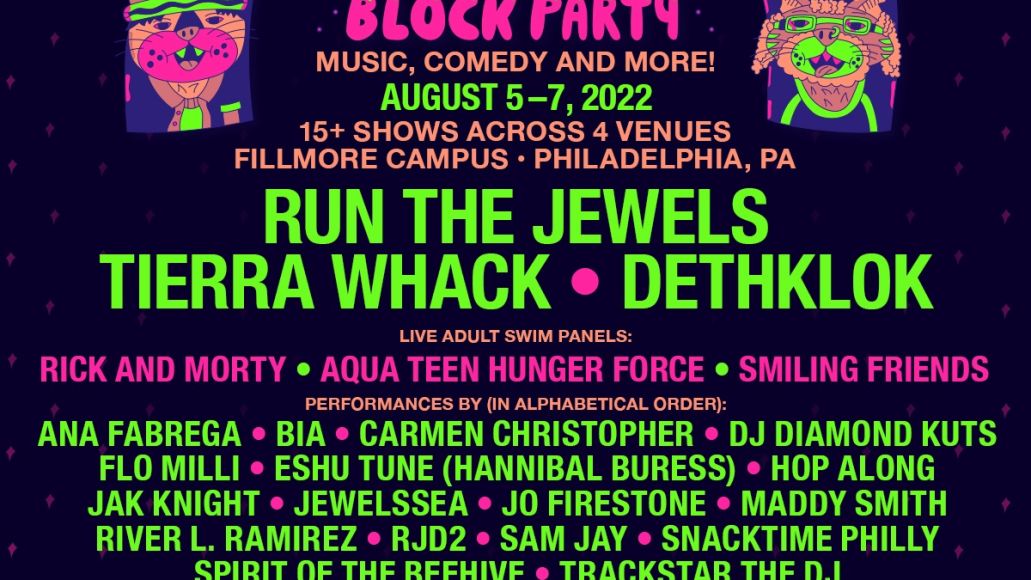 14 Of The Most Heartwarming Anime Series From 2020

How to Watch the Most-Nominated Shows

The Wetlands Are Drowning | WIRED

What Makes a Good Biography?

Juno, a startup that provides checking accounts to crypto enthusiasts...