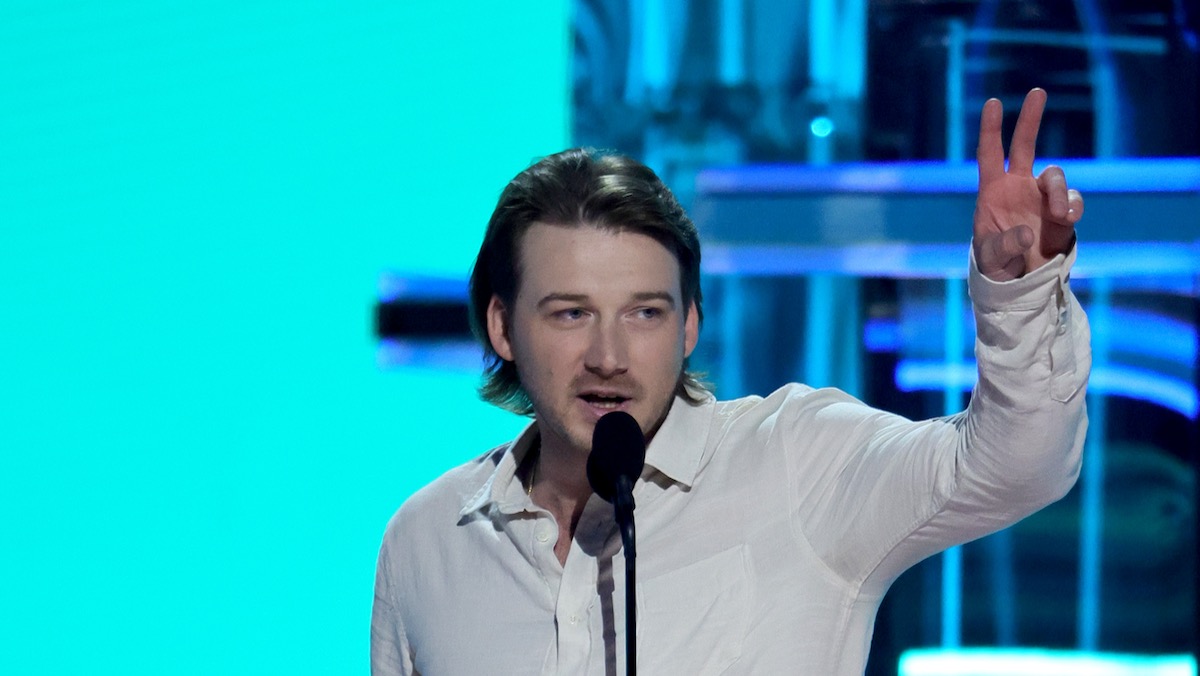 One year after a camera caught Morgan Wallen shouting the N-word, the country superstar took the stage at the 2022 Billboard Music Awards on Sunday (May 15th).

In light of Saturday’s shooting at a Buffalo grocery store, where a white supremacist shot and killed 10 people and wounded three others, one could argue that Morgan making a public repudiation of racism at the Billboard Music Awards would be pretty impactful. He is, after all, the biggest artist in country music.

Yet, Wallen made no mention of his past behavior during his two-song performance of “Wasted on You” and “Don’t Thank Jesus.” Nor did he say anything when he took the stage to accept his Billboard award for Top Country Male Artist. Instead, after awkwardly shaking the hand of presenter Pusha-T, he opted for a lengthy list of thank yous.

Wallen foreshadowed his silence during a pre-show red carpet interview, saying that his song “Don’t Thank Jesus” “speaks for my story — 10 years, but especially the past couple. I feel like that song is really a big representation of a lot of things that I’ve been through and the attitude that I’ve approached it with. So I hope that comes across.”

In February 2021, footage of Wallen using the N-word was posted to TMZ. In the video, which was filmed by his neighbor, Wallen was seen drunkenly yelling, “Take care of this pussy ass motherfucker. Take care of this pussy ass n****.” Wallen later attributed his behavior to being in the throes of a 72-hour bender, and he pledged to spend the rest of the year staying out of the spotlight and working on himself. But the incident caused a massive surge in his album sales, and in November he announced a huge arena tour that sold out 49 performances in just two weeks. A “Let’s Go Brandon” chant broke out on opening night, but Wallen hasn’t wholly embraced his place as a conservative hero, and recently told fans that he hoped to collaborate with perennial Fox News villain Kendrick Lamar.

According to Billboard, the awards show’s producer, MRC, made the decision to invite Wallen after an “extensive internal discussions by a dedicated group of diverse staffers.” In a statement to Billboard, the company wrote, “We oppose discrimination, harassment, or racism of any kind. We believe in treating everyone with dignity and respect. After a thorough review and robust discussions internally and with the artist’s team, in which we found a demonstrated and ongoing commitment to meaningful work and outreach, we extended an invitation to participate in this year’s show.” (That “commitment to meaningful work and outreach” includes Wallen’s pledged $500,000 donation to Black-led organizations.) Diddy, who hosted the awards show, also took credit for Wallen’s booking, saying he was “un-canceling the canceled.”

The Rookie Season 4 Episode 22 Review: Day in the Hole

A World Without Happy Endings (RECAP)