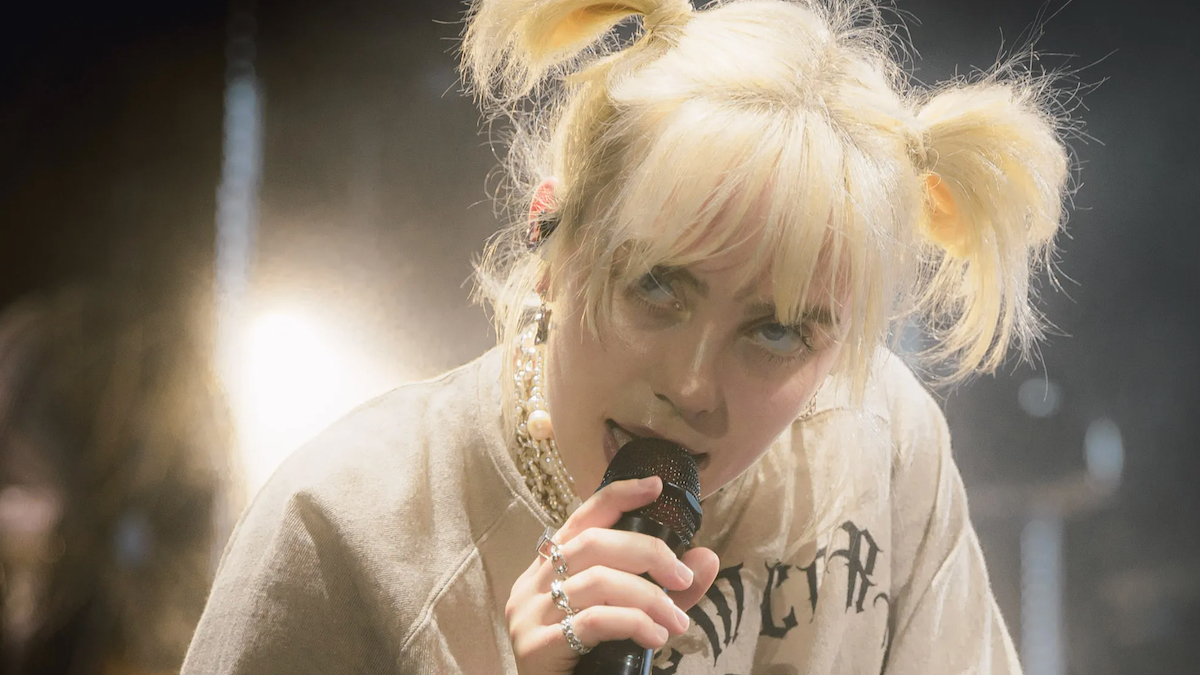 Billie Eilish isn’t one to censor herself; In just the past few months alone, the pop megastar has boldly vocalized her secret battle with COVID-19, how being exposed to pornography at a young age affected her, and her anger towards restrictive abortion laws. But more recently, during her appearance on Netflix’s My Next Guest Needs No Introduction with David Letterman, Eilish discussed a topic she’s virtually never addressed before in interviews: Her experience living with Tourette’s Syndrome.

It didn’t look like Eilish was necessarily planning on talking about Tourette’s — which she said she was diagnosed with at age 11 — but the topic came up naturally after a change in the set lighting provoked one of her tics. “If you film me for long enough, you’re going to see lots of tics,” Eilish explained. “I don’t care. It’s really weird, I haven’t talked about it at all. The most common way people react is they laugh, because they think that I’m trying to be funny. They think I’m [ticcing] as, like, a funny move… And I’m always left incredibly offended by that.”

The “Happier Than Ever” singer went on: “What’s funny is so many people have it that you would never know. A couple artists came forward and said ‘I’ve actually always had Tourette’s.’ And I’m not gonna out them, because they don’t want to talk about it, but that was really interesting to me. I was like, ‘You do?! What?’”

“I hope to God what we’ve done didn’t exacerbate this,” Letterman said, extending his gratitude to Eilish after the unexpected subject change. “I know nothing about [Tourette’s].” Eilish responded: “I actually really love answering questions about it because it’s very, very interesting. And I am incredibly confused by it, and I don’t get it.”

Most of Eilish’s tics, like wiggling her ear or twitching her arm muscle, are hardly detectable to anyone else but her. “These are things you would never notice if you’re just having a conversation with me, but for me, they’re very exhausting,” she explained. “It’s not like I like it, but it’s part of me. I have made friends with it. And so now, I’m pretty confident in it.”

You can watch Eilish’s full episode of My Next Guest on Netflix now.

After wrapping up some unforgettable sets at Coachella last month, Eilish is now on the UK leg of her “Happier Than Ever Tour,” which also includes a headlining performance at Glastonbury. Check ticket availability for her headlining gigs over at Ticketmaster.

Lagarde says crypto is ‘worth nothing’ and should be regulated

Brett Returns to Dance With Casey — and Help Violet? (PHOTOS)