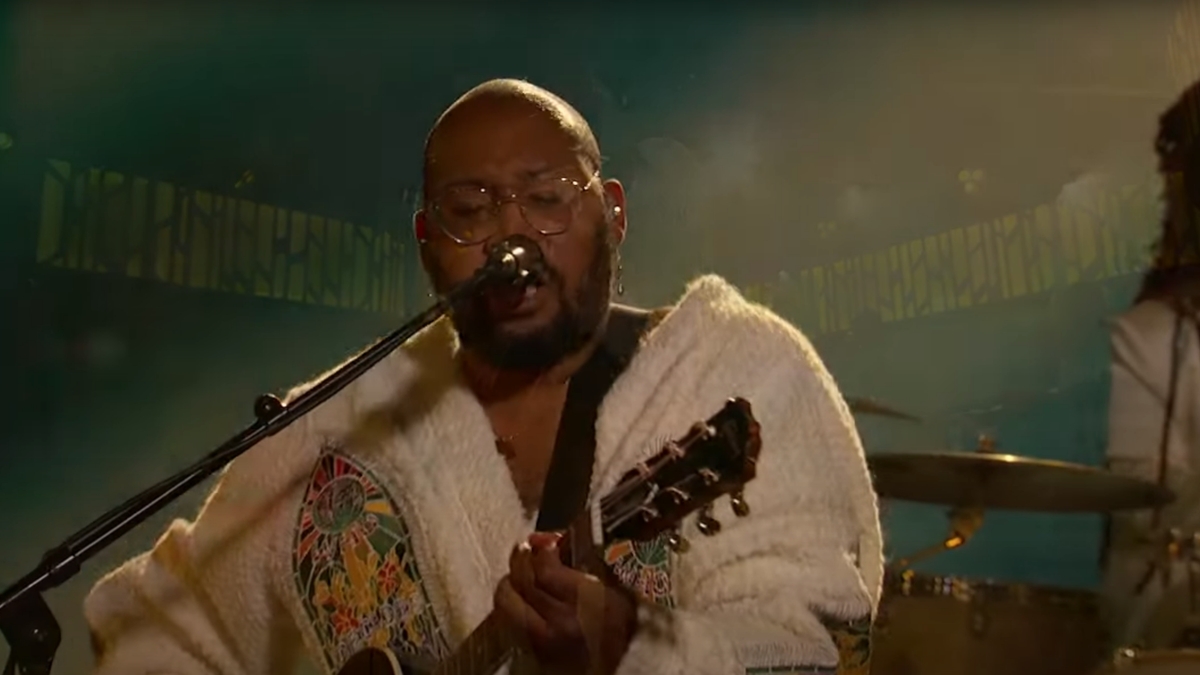 Bartees Strange rung in the release of his new album, Farm to Table, by performing his latest single, “Wretched,” on Jimmy Kimmel Live! Watch his appearance below.

With the support of a lively backing band, Strange drew a standing ovation for baring his entire soul during the performance. Tearing down his inner walls, the Washington, DC-based musician reflected on the people who have supported him along his journey, singing, “You were the only one who/ Would come through calling/ You found ways to rescue me.”

“This song is about the people who’ve always stood by me, even when I was wretched,” Strange said in a statement about the track. “When I was trying to be something other than myself — they saw me even through that and held me down. Folks from past lives, and folks who’ll play a big part in my future — I’m grateful for them and the love they’ve poured into me. This song is for and about them.”

Farm to Table marks Strange’s first album for stalwart indie label 4AD. He also previewed the record with the singles “Cosigns” and “Hold the Line.” In March, he shared the Origins of another Farm to Table track, “Heavy Heart,” which we named one of the best songs of the year to date.

Strange also recently covered The National’s “About Today” for the suicide prevention nonprofit Sounds of Saving, and this summer, he’ll open up for the band on tour. Tickets to those shows are on sale now via Ticketmaster.

What to Watch: Moriah's Lighthouse, Mind Over Murder, Umbrella Academy

How To Start A Video Or Voice Call

Please Stop Freaking Out About This Giant Yellow Spider

Tears For Fears pull out of headline performance at Lytham Festival