The Myth of the Central Bank ‘Soft Landing’ 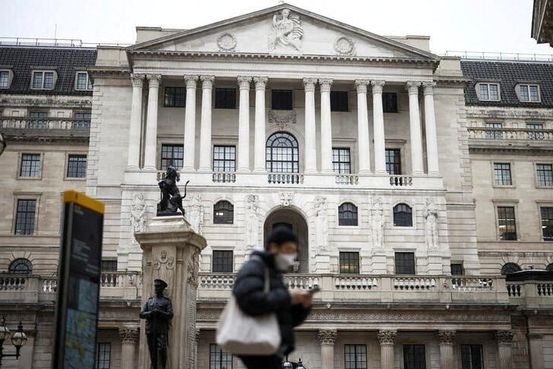 “Soft landings” are easier to find in the legendarium of central banks than in historical reality.

It was a big week for interest rates. The Federal Reserve’s supersize rise was followed by the

move to increase borrowing costs for the first time since 2007. Both went further than was expected a week ago. The odd one out was the Bank of England, which nudged rates up less than expected after forecasting a 0.3% contraction in British output in the second quarter.

Consumer sentiment indicators are plummeting across most developed countries. After data showed U.S. inflation hitting 8.6% in May, expectations of inflation a few years down the road actually dipped further. Stocks have plunged into a bear market, and investors have appeared to give up on the notion of a more aggressive Fed bringing down inflation without damaging growth—the famous “soft landing.”

They have an empirical point: This is, being generous, a rare event.

Of the Fed’s previous 12 big tightening cycles since the 1950s, nine ended with a recession, official figures show. Among the exceptions, rates rose consistently between 1961 and 1966 without any downturn, but inflation eased only temporarily and recession eventually struck in 1970. Perhaps the most successful soft landing was in 1983 and 1984, though the economy had just rebounded from two recessions. And then there is the 1994 to 1995 cycle, where there was no surge in inflation at all:

Fed acted for no apparent reason other than to validate the bond market’s forecasts.

The BOE has a better record, but roughly half of its rate-increase campaigns since the 1950s still ended with a U.K. recession.

Do you think the Fed can engineer a “soft landing”? Why or why not? Join the conversation below.

Investors struggle to measure this risk because central bankers don’t seem to have a consistent theory on how they are supposed to micromanage inflation. Modern views are more conducive to the optimistic idea that the economy can be slowed in a “nominal” sense without affecting employment or inflation-adjusted wages. They often focus on how steering the psychology of inflation expectations can restrain price setting in the present. But this has weak backing in data.

Indeed, officials often appear to fall back on 1960s-style explanations, which see cooling the labor market as a necessary step. Fed Chairman

for example, recently described it as tight to “an unhealthy level,” whereas BOE Gov.

emphasized the need for pay restraint.

If monetary policy does work, then something needs to give—be it weaker credit growth, lower asset prices or a gloomier business climate. That this can happen without affecting anyone’s “real” material conditions is wishful textbook thinking.

To be sure, the power of interest rates over unemployment shouldn’t be overestimated either. Yes, there is a historical coincidence between monetary and business cycles, but this is only natural: Officials tend to raise rates as economies flourish, only to stop when a downturn ensues. The mid-1990s experience is a rare case of monetary tightening without a tightening economy, and the impact was limited.

The first word on what Wall Street is talking about.

The overall impression is that extreme rate moves like those in the 1970s and 1980s are likely required to have a meaningful effect. Even if central bankers did initially manage to do just the right amount of tweaking, this would only fix the small component of today’s inflation that isn’t commodity-driven. Headline numbers would remain high, creating an irresistible pressure for officials to keep tightening.

Investors had better hope that a soft landing happens on its own, because central banks’ chances of engineering one don’t look good.

New York Sitting On $4.3 Million Worth Of Unused Hand Sanitizer

A Look Into the Popular Shorts Set Trend of Summer 2022

25 Best Horror Books of All Time

Russia bans Biden but not Trump, on list of Americans travel-barred