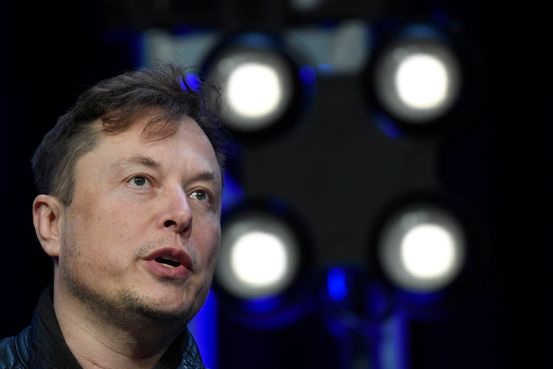 is expected to confirm his desire to own

when he speaks to the social-media company’s employees on Thursday, according to a person familiar with the matter.

chief executive is slated to answer pre-submitted employee questions for roughly an hour at a virtual Twitter all-hands meeting Thursday morning West Coast time, the person said. In addition to reiterating his interest in owning the company and his view of its importance in the world, Mr. Musk is likely to clarify recent comments about remote work and touch on aspects of his strategy for Twitter, including the role of advertising and subscriptions.

Twitter shares were up roughly 5% in after-hours trading after The Wall Street Journal’s report on Mr. Musk’s expected remarks.

Mr. Musk made waves earlier this month when he told employees of Tesla and SpaceX, his space-exploration company, to spend 40 hours a week in the office and suggested that those who don’t find a job elsewhere. Should the topic come up, he is expected to tell Twitter employees that the comments primarily applied to certain executives, and that many engineers at his companies already work remotely, which he is fine with.

While Mr. Musk has criticized Twitter for being too reliant on advertising, he is expected to stress that the company should have multiple revenue streams, with advertising and subscriptions among them, the person said.

The plans of the always unpredictable Mr. Musk could still change and the question-and-answer format could prompt him to expand on these and other topics. Other issues employees have been focused on include how Mr. Musk plans to police harassment if he reduces censoring on Twitter as he had said he wants to, as well as potential job cuts.

Mr. Musk has kept Twitter employees and Wall Street on edge as to whether he will follow through on his agreed-upon $44 billion purchase of the social-media platform.

That has caused the spread between the company’s stock price and the purchase price of $54.20 a share to balloon, reflecting fear that the deal will fall apart. Twitter stock closed Wednesday at $37.99.

Since agreeing to the deal in April, he has questioned Twitter’s estimate of how many of its users are bots and last week threatened to terminate the transaction in a letter accusing the company of not complying with his request for data on spam accounts. Twitter at the time said it was continuing to share information with Mr. Musk and that it planned to enforce the merger agreement.

Earlier, Mr. Musk backed away from a plan to rely on margin loans backed by his Tesla shares and increased the equity he is putting into the deal, a move some saw as a step toward following through with it.

Twitter, which has estimated that no more than 5% of its daily active users are bots, has been in the process of getting him access to expanded data for his team to review. Meanwhile, his team has been working closely with Twitter executives as it develops a business plan.

It couldn’t be learned how much time, if any, Mr. Musk will spend on the bot issue Thursday.

Though his appearance at the meeting suggests a commitment to the deal, it is still possible he could seek to renegotiate with Twitter later in the process after his team has analyzed the data. Twitter has the right to sue him to follow through with the current agreement.

Twitter is aiming to schedule a shareholder vote on the deal later this summer and close it soon thereafter, assuming all goes to plan.

Write to Cara Lombardo at cara.lombardo@wsj.com

Appeared in the June 16, 2022, print edition as ‘Musk to Confirm He Wants to Own Twitter.’

The Dog Dies in This One: An Essay About the Death of Animals in Fiction