Basquiat Painting From 1982 Sells for $85 Million at Phillips 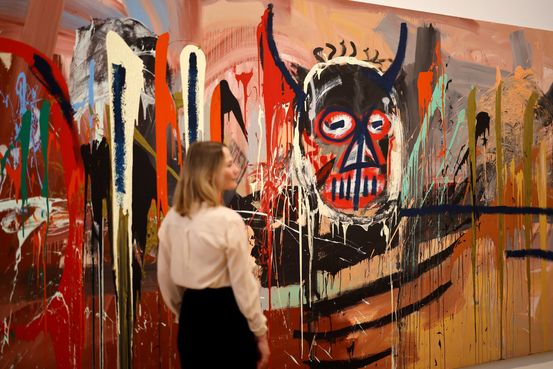 Boutique auctioneer Phillips sold a 16-foot-wide, red-and-peach painting by Jean-Michel Basquiat for $85 million in New York on Wednesday.  Japanese billionaire Yusaku Maezawa put the untitled 1982 painting up for sale, and an Asian telephone bidder represented by a Phillips representative based in Taipei won it after a four-minute competition.

The sale didn’t break the $110.5 million record for a Basquiat, held by an untitled blue work from 1982 that Mr. Maezawa won in 2017. Still, the red example sold by Phillips reaped a tidy profit for Mr. Maezawa, the mogul behind the e-commerce site Zozotown, who bought the red Basquiat six years earlier for $57.3 million. That represents a 48% return for the collector.

“It Feels Unique, Because It Is Unique”

Uvalde Police Officer Was On Phone With Slain Wife During Shooting: Report

Black-Owned Fashion Brands to Shop and Support in 2021