8 Great Novels about the Perils of War 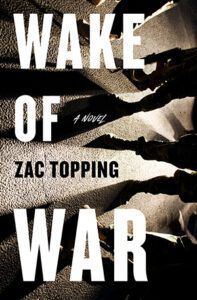 Wake of War is a timely account of the lengths those with power will go to preserve it, and the determination of those they exploit to destroy everything in the name of freedom anew. The United States is a crumbling republic. With the government floundering and national outrage growing by the hour, a rebellion has caught fire. The Revolutionary Front, led by Joseph Graham, has taken control of Salt Lake City. Forces will clash, alliances will be shattered, resolve will be tested, and when the dust clears nobody will be able to lie to themselves, or be lied to, again.

War is the inspiration behind some of the most remarkable works of fiction that have ever been written. With so many facets of war to consider, from the military maneuvering to the ordinary people whose lives are affected by conflict, war sparks unforgettable, gritty, and emotional stories that have big feels. It is no surprise, then, that so much of the best fiction of all time is set during times of military conflict. In this list, we zero in to highlight contemporary novels that depict the perils of war.

These eight books reflect a wide array of wars across time and continents, from the American Civil War to the Iraq War. Many war novels focus on World War II, and while there are some WWII stories here, the lens is also focused on other wars. This list of the best books about the perils of war also includes several books that won prizes for their hands-down moving works of war fiction. Featuring a large range of characters, not just generals and soldiers but also widows, wives, refugees, and children, these stories focus on the ripple effects of the grueling machine of war. Through these eight stories, we witness the ways that war leaves everyday lives fraught, homes displaced, and warped by trauma forever. 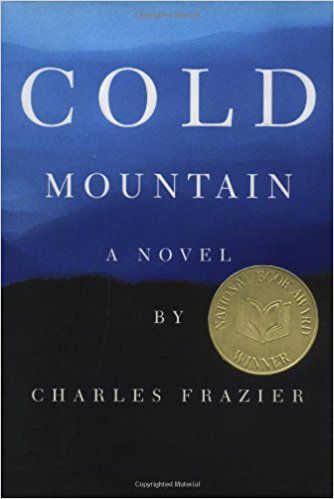 Set during the American Civil War, National Book Award-winning Cold Mountain is a retelling of Homer’s The Odyssey. As the war closes, injured Confederate soldier Inman treks home, crisscrossing the charred lands that formed the battlegrounds for this bloody and destructive war. Inman is especially looking forward to reuniting with his love, Ada, who has had her fair share of drama trying to hold down their home. This lyrical novel shows the effects of war from the perspective of someone on the losing side. 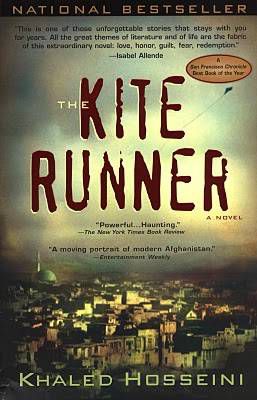 The Kite Runner by Khaled Hosseini

This modern classic is set in Afghanistan across thirty turbulent years in the country’s history, from the decline of the Afghani monarchy to invading nations to the refugee crisis and the dominance of the Taliban regime. The story follows two friends — Amir and Hassan — who fall out and Amir’s epic quest to track down Hassan and atone for his mistakes years later. Just as important to the story is the father-son relationship between Amir and Baba, his powerful dad. The Kite Runner explores how war fractures friendship and family. 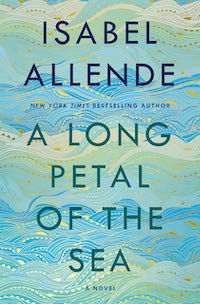 A Long Petal of the Sea by Isabel Allende

In the 1930s, civil war sweeps through Spain. After the fascist regime of General Franco seizes power, thousands of refugees flee the country. Among them are pregnant widow Roser and army doctor Victor, the brother-in-law to Roser’s late husband. Both characters find themselves on the SS Winnipeg destined for Chile and chartered by Chilean poet, Pablo Neruda. Allende has a gift for examining a macro crisis like a war through a micro perspective of the ordinary people caught up in history. 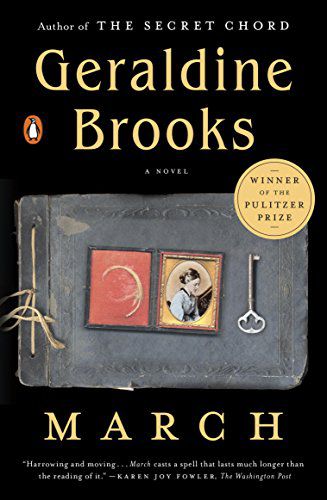 Geraldine Brooks’ March won the Pulitzer Prize, and it’s not hard to see why. This fascinating look at the American Civil War is seen through the eyes of March, the absent father in Louisa May Alcott’s beloved Little Women who has off been fighting for the North. Now, in March, we see the truth of March’s complicated feelings and fraught relationships. Gone is the idealized father his daughters and wife romanticize. Instead, readers get the gritty details of life during conflicts both personal and military. 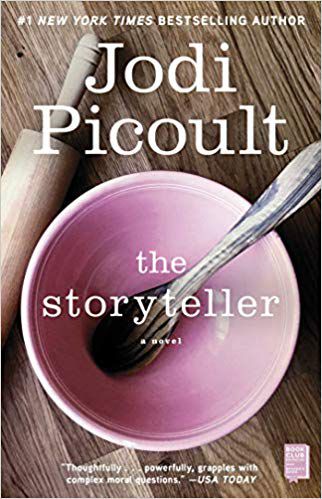 The Storyteller by Jodi Picoult

This harrowing book intertwines two stories. First, that of Sage, a woman who chooses the deep morning hours of dawn to bake and be left in peace. Second, that of Jacob Warner, an elderly man in Sage’s support group for grievers who lived through WWII. As the two strike up a friendship, Jacob confesses a shocking secret that asks Sage to question her own morals and ethics. The Storyteller is as page-turning as it is provocative, showing that good and evil war is not always a clean cut. 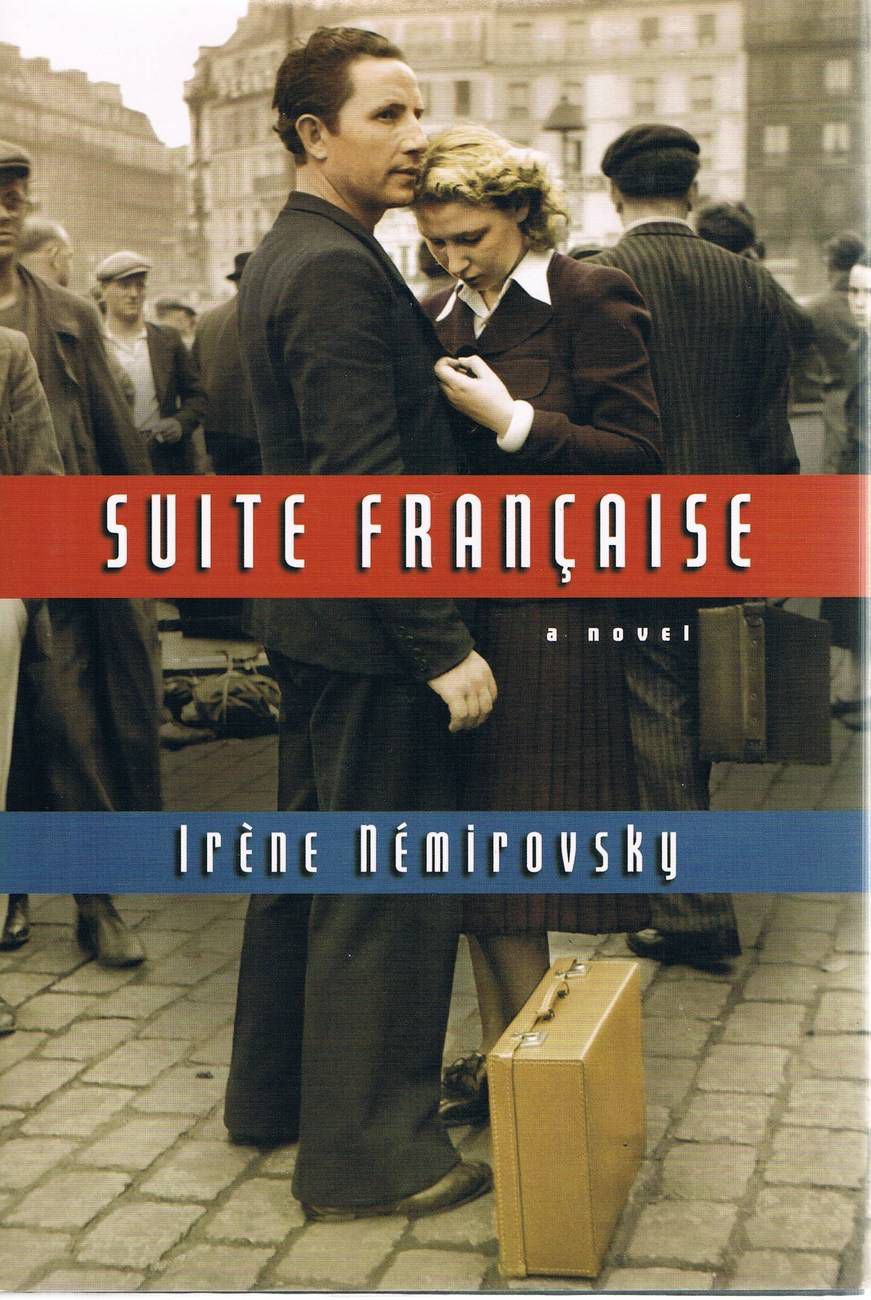 Ukrainian author Irène Némirovsky died in Auschwitz before her work could be published. Fortunately, Némirovsky’s writings, like Suite Française, have been discovered and translated. Told in two parts, Suite Française opens in 1940 with newly occupied Paris as people depart for the countryside to escape the Nazi regime. In Part II Némirovsky sets her sights on a French country town that the Nazis have seized. Suite Française is a sobering look at life during military conflict at the height of evil’s rule. 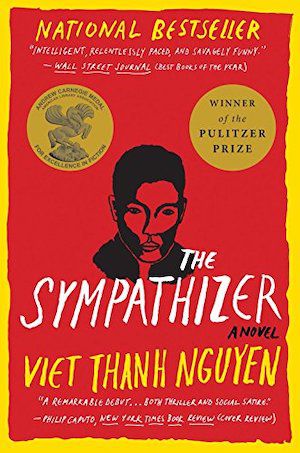 The Sympathizer by Viet Thanh Nguyen

Viet Thanh Nguyen won the Pulitzer Prize for his unforgettable novel, The Sympathizer. Experience this breathtaking story and you’ll see why. Nguyen’s book traces a group of refugees from the Vietnam War who flee to America in 1975, focusing in particular on a North Vietnamese general in the South Vietnamese army who operates as a spy in his home country and again as a CIA agent in a South Vietnamese community that has settled in Los Angeles. The Sympathizer is a beautifully written war novel about the consequences of war. 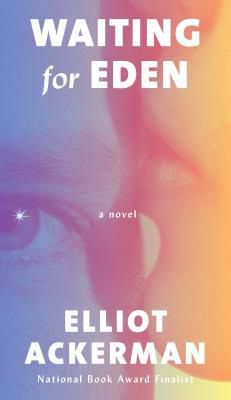 Waiting for Eden by Elliot Ackerman

Eden Malcolm has been brutally injured in the Iraq War and now lives a fraught existence so wounded he cannot move or even speak. Narrating the novel is Eden’s friend, who didn’t survive the bomb that tore through Eden, as he looks down on Eden’s struggle. Meanwhile, Eden’s wife Mary dotes on him everyday, but even she questions whether Eden should have a peaceful death and mercy for his suffering. Waiting for Eden is a morally ambiguous story that challenges your ethics in the face of a sprawling war.

For more war books, check out these articles on Book Riot:

Hayden Christensen Recalls the Day He Was Cast As Anakin Skywalker

How the Brain Tells Apart Important and Unimportant Sensations

How the Brain Tells Apart Important and Unimportant Sensations

Ukraine declares "combat mission" over in Mariupol amid evacuation

10 Comics, Graphic Novels, and Books like The Sandman Series

Since 26 September, mysterious leaks have appeared in the underwater...

How The Chase set the topical, visceral tone for New Hollywood

How The Chase set the topical, visceral tone for New...

Rachel Nichols is taking her talents to Showtime: The veteran...